Nigerians are ungrateful, despite all Buhari did they want to make him look bad — Adesina 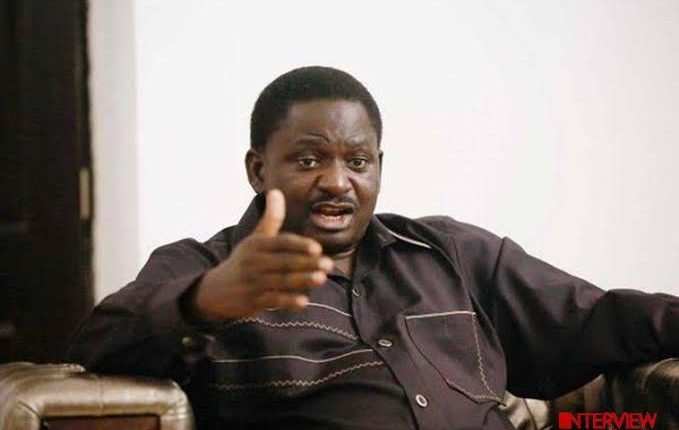 President Muhammadu Buhari’s Special Adviser on Media and Publicity, Femi Adesina has described Nigerians as “ungrateful” for berating his principal over the insecurity situation in the country.

Adesina said Nigerians are unthankful to Buhari over his efforts in curbing insecurity across Nigeria.

Reacting to the attack on the Nigerian Defence Academy, NDA, the presidential spokesman said the incident was aimed at making Buhari’s government look bad.

He spoke in his latest article titled, ‘It’s Evil, Pure And Simple’ and posted on his Facebook on Friday.

According to Adesina, the latest terrorist attack on NDA Kaduna “was deliberate, contrived, orchestrated, all to make government look bad, and pump discouragement into the military at a time they were poised to make a decisive end of the security challenges”.

He added: “What should we have in a less hateful polity at such a time? Cooperation with the government, encouragement of our military and security forces. But what did we get? Complaints. Grumblings. Wailings.

“And when there is a reversal in fortunes, no matter how temporary, as happened with the NDA attack this week, you see the predilections and propensities of the evil-hearts. They actually gloat, pretending to be concerned, while actually rejoicing that the house rat had urinated in the pot of soup. Miserable comforters!”.

The presidential aide said Nigerians should support security forces instead of criticising them.

“What kind of people are we, really? Instead of rallying our military, encouraging them and spurring the government further into action, they say the foulest things that can come from the nether region. Government is incompetent. The military is no good. They’ve been humiliated, and they only stop short of doing a jig on television, spewing expletives and concocting conspiracy theories. They simply forget where we were coming from, and where we now are. Ungrateful. Unthankful. Ungracious,” he wrote.

Gunmen believed to be bandits had on Tuesday attacked NDA in Kaduna State.

The bandits had killed two officers while abducting a Major during the attack.

This is the latest attack among a series of attacks in the Northern part of the country.