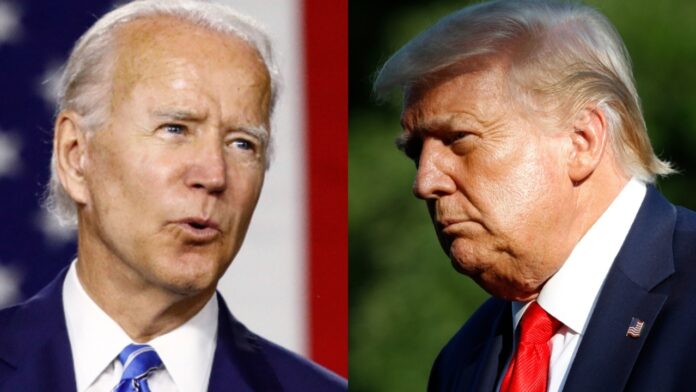 A poll conducted by SaharaReporters on Twitter has revealed that Nigerians favoured Democratic candidate, Joe Biden, to win the United States of America presidential elections.

Nigeria has been at the receiving end of US foreign policy — sometimes detrimental for the past 20 years on issues such as immigration, travel, economy, support for global offices and terrorism.

Biden and Republican candidate, Donald Trump, go head to head on Tuesday in what is being described as the tightest race in US election history.

Trump for the last four years has reiterated his “America First” stance on foreign policy, which has a strained relationship with many allies.

In December 2019, he placed Nigeria on a special watch list, restricting travel and immigration from the world’s most populous black nation.

Biden has said he believes the ban placed on countries including Nigeria is discriminatory and would repeal it in his first 100 days in office.

Respondents, who participated in the poll were asked which of the candidates they preferred and why.

A total of 23,423 people participated in the poll.

Of that number 51.6% favoured Joe Biden while 48.4% responded in favour of Donald Trump — the close margin confirmed what other independent polls suggest on the close nature of the race.

#SRPoll: Which Candidate Do You Support In The US Presidential Election?

Drop comments below on why you support either of the two candidates. #USElections2020

Biden is ahead of the Republican candidate in battleground states of Wisconsin and Pennsylvania, as well as in the Sun Belt states of Florida and Arizona, according to a poll of likely voters conducted by The New York Times and Siena College.

His strength is most pronounced in Wisconsin where he has an outright majority of the vote and leads Trump by 11 points, 52 per cent to 41 per cent.

Trump is trailing polls suggest due to his handling of the Coronavirus pandemic.

Under his watch, a total of 9.28 million people have caught the virus while 231,000 of that number have died.

Biden is also getting support from first-time voters putting him in a stronger position heading into election day than any presidential candidate since at least 2008.

Stating their reasons for supporting each candidate, Nigerians, who participated in the polls based arguments for their support or lack of it on issues around immigration, racism, relations with China among others.

@JosephAdex5 said, “The notion that Trump is better than Biden is a fallacy, one simple argument; research how many qualified Nigerians are denied visas compared to other countries, even African countries. And read about Stephen Miller’s plan to drastically cut visa issuance especially to Africans.”

@SireAlwell said his support for Trump is based on his patriotism.

His tweet reads, “I will still vote for Trump over any sweet talker. He is more patriotic, has the citizens at heart and enjoys doing his job amidst criticism. He is the only one that put exploitative China, pervasive Iran, South Korea and the rest in their places.”

@lord_much on why Nigerians support Trump said, “Nigeria is an overwhelmingly conservative country and majority are religious. Things like gay marriage, abortions etc are on the top priority of what most people are strongly against. They see liberals as Satanists, if Trump didn’t have a Twitter, that poll would be a lot higher.”

@ADEMOLA92348173 said if he could vote in the elections, he would support Biden because of his stance on international relations.

His tweet reads, “We cannot be allowed to vote though but I prefer Joe Biden. Reason being he is of the opinion of fair deal in International relations. God bless America and Greater height to my country Nigeria.”

Ajayi Rotimi @Babarotell said Biden’s policies on climate change and international relations would be beneficial to the United States.

He said, “Biden will make the world more peaceful and congenial for living. Will enhance the economy of the United States better. Integration of all sections of the country will make for a greater economy. Very importantly, he will drive knowledge on climate change, COVID-19 and science.”

@Toye_jnr also supports Biden because of his policy on climate change.

He said, “I like the @JoeBiden economic policy that will use the FG procurement power to bring manufacturing/innovation jobs to the US, it will also create jobs in the clean energy space. It is forward-thinking.”

EndSARS: US Soldier Ready To Invade Nigeria To Save His Mom... 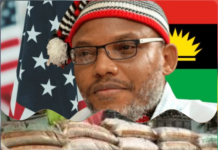 IPOB’s COVID-19 PALLIATIVES: Even The Enemies Of IPOB Are Not Exempted... 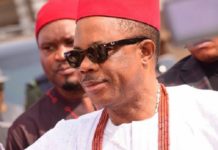 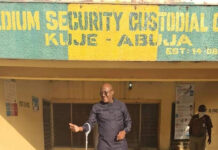 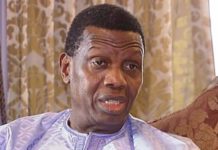 JUST IN: The Kidnapped Pastors From RCCG Are All Igbo Biafrans...

#FreeSowore: (VIDEO) We Were Given N1m At Gun Point, Told Not...