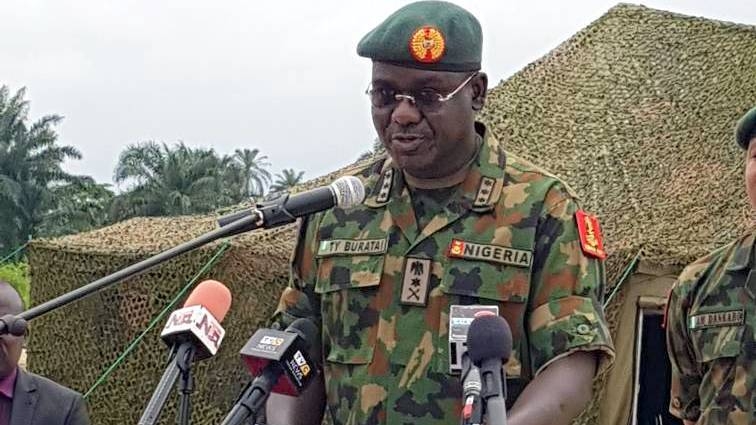 He told 86 reformed and repentant Boko Haram members at the Bulumkutu Rehabilitation Centre, Maiduguri, Borno State, that war could not be won alone with force. He said dialogue remained a better way of ending war, especially when those involved agreed to lay down their arms.

Shafa explained that the 86 former Boko Haram members decided on their own to renounce violence and return to the society as normal citizens. He said President Muhammadu Buhari opened the window of opportunity for such persons through the Operation Safe Corrdior programme.

He said he had received reports from communities that many of the rehabilitated former insurgents have been absorbed and accepted by the people: “We must understand why some of them join the Boko Haram group in the first instance, sometimes not willingly.”

He said he was touring some of the communities to see how those rehabilitated at the Gombe Safe Corridor headquarters were faring after they were reabsorbed into society: “I am happy to meet with you. We want you to use the opportunity given to you by the President through this programme to tell your former colleagues to lay down their arms and come out.”

He had last Wednesday visited some of the rehabilitated ex-Boko Haram members who were accepted in Bama town, Borno STate. He told them the Nigerian military would accept whoever was willing to come out of the group.

ALSO READ:  JUST IN: Nigeria Election And Biafra, Tragedy And Hope For The Igbos - APGA Chairman

Borno State Commissioner for Women Affairs and Social Development, Hajiya Zuwaira Gambo, disclosed that the rehab centre has provided psycho-social support to the men, in addition to the rehabilitation received at the Safe Corridor camp in Gombe: “We brought religious leaders to them to preach and explain some provisions in our religious books to them. We thank God they are now good citizens.”

She asked if they would wish to go back to the bush to join the terror group but the men chorused, no: “We suffered in the bush.”

Some of the repentant fighters revealed that, in the bush, they moved around without bathing, food and water, sleeping for days in fear. Mohammed (other names withheld) one of the repentant insurgents said: “That time when we were in the bush, we did not know anything like bath. We did not eat good food, sometimes we did not have water. We moved from one place to the other. We did not have good clothes on. It was so bad.”

He said they were glad government provided an avenue for them to renounce the group and surrender. He appealed to those still in the bush to come, assuring them that government would not kill them.

Operation Safe Corridor was established by the Defence Headquarters in 2016 to provide a platform for Boko Haram members who voluntarily surrendered. The 86 men underwent intensive childcare and psycho-social training and child care programme sponsored by UNICEF in conjunction with Borno State Government.