Nigeria will continue to support our neighbours to fight… 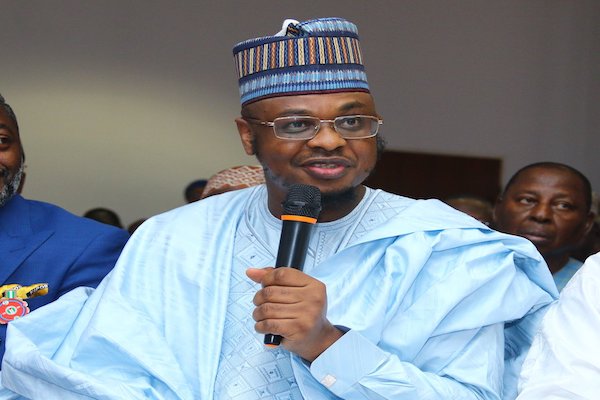 The commission stated that the disruption caused by the planned strike action by the Association of Senior Civil Servants of Nigeria (ASCSN) had been sorted out.

In a statement by the Head, Corporate Communications, NIMC, Kayode Adegoke on Friday, said the Minister of Communications and Digital Economy, Isa Pantami, has intervened in the matter and assured the workers of looking into their grievances.

He said the Minister advised the workers to empathise with Nigerians especially now that linkage of the NIN with the Subscriber Identification Module (SIM) cards was ongoing for the security of lives and property in the country.

The statement read, “The National Identity Management Commission (NIMC) is glad to inform the general public that normal enrolment services for the National Identification Number (NIN) have been fully restored at all NIMC offices nationwide as the glitches experienced since January 6, 2021, have been sorted out.

“Enrolment services were temporarily disrupted when the local chapter of the Association of Senior Civil Servants of Nigeria (ASCSN) of NIMC embarked on industrial action on Wednesday, January 6, 2021, immediately after their congress.

“However, the Honourable Minister of Communications and Digital Economy, Dr Isa Ali (Pantami), who promptly intervened in the matter, has assured the workers he would look into their grievances. He advised them to empathise with Nigerians especially at this time that linkage of the NIN with the Subscriber Identification Module (SIM) cards is ongoing for the security of lives and property in the country.”

It was also gathered that the Director-General of NIMC, Aliyu Aziz, stressed his Management’s avowed pursuit of the welfare, health and safety of all staff of the commission.

He enjoined staff to go about their regular duties while fully observing the COVID-19 protocols as they enrol Nigerians and other eligible individuals.

Aziz also gave the assurance that more Personal Protective Equipment (PPE) would be made available to staff, in addition to those already donated by the World Bank which had since been distributed to all NIMC offices nationwide.