BREAKING:Nigerians React As Joshua Knocks Out Pulev To… 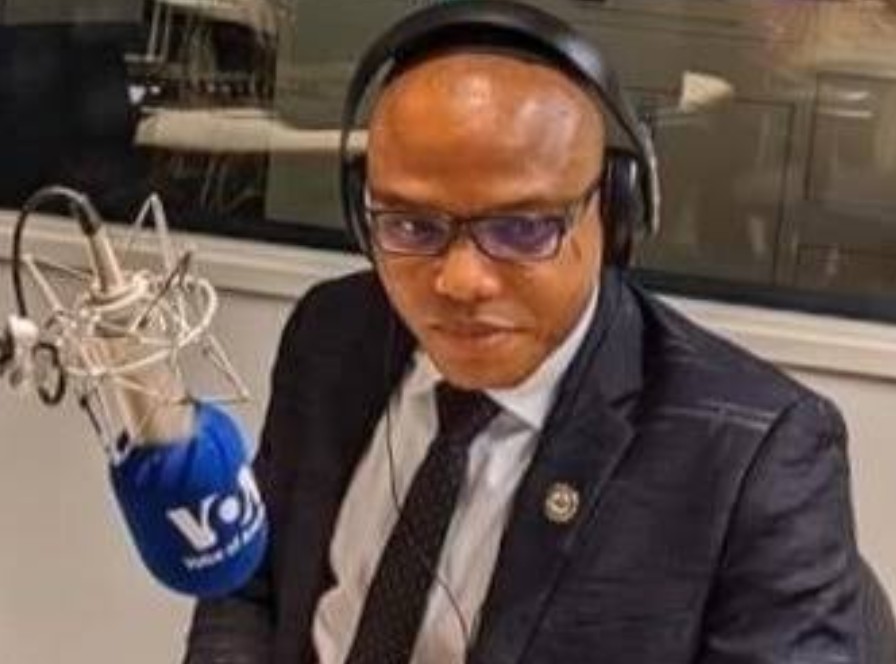 SAHARANEWS – The leader of the Indigenous People Of Biafra, Mazi Nnamdi Kanu, has threatened to come back to Nigeria.

“When I came in 2015 I told you i was coming and I came. Now am telling you again I’m coming and will bring hell with me”

Kanu on Sunday also called for people to come out and support Biafra “We have men on ground already ,anybody that wants to support us should contact us, we have the men” Kanu said.

SaharaNews recalls that in 2015, Nnamdi Kanu was charged with “criminal conspiracy, intimidation and membership of an illegal organisation”.

He was released on bail after spending more than 19 months without trial on treason charges.

He then renewed his campaign for independence, before his house in the south-eastern Abia state was raided by the military.

Since then Nnamdi disappeared and later reappeared in Israel after several months. According to report, Nnamdi Kanu is now in London where he broadcasts live via radio Biafra.

Nothing Wrong In Borrowing And Taking Loans – Presidency