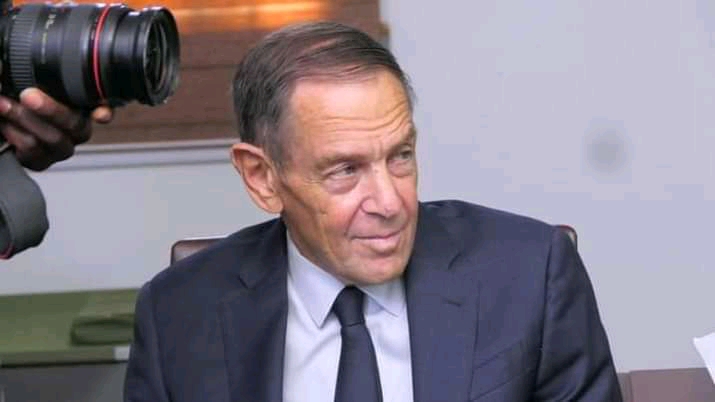 Fien, however, said he had gathered additional information from yesterday’s proceedings to be added to his petition already before the United Nations Human Rights Council.

Speaking with Arise News, Kanu’s expatriate counsel, who said the 11th hour change of the charges preferred against him, without allowing him to respond, was unconstitutional, also took a swipe at the decision to bar journalists from the proceedings, saying it was a violation of their constitutional rights.

Condemning Kanu’s abduction from Kenya without trial, he said, “There are irregularities here. I am coming from the United States, there’s no way that government could change the charge at the 11th hour without having an opportunity to respond to the new allegations.

“Before I arrived in Abuja, I traveled to Geneva, Switzerland, where there is a working group on arbitrary detention as part of the UN Human Rights Council, and based upon what transpired today, I have additional information that I will present to them, seeking an adjudication that the detention of Nnamdi Kanu is illegal under international law.”

He further stated that, “The Nigerian Constitution also has free speech provisions in section 39. I think what happened today is a violation of section 39.”

ALSO READ:  One Nigeria can be achieved through referendum, not force — Kanunta

On the decision to bar journalists from covering the proceedings, he said it was a breach of their constitutional rights.

“The media has a right to observe. Moreover, under international law and in the United States, there is a constitutional right for journalists to attend, because it creates a kind of pressure putting a searchlight against corruption or intimidation and things of that sort, not only just the press out there every ordinary citizen has the right as long as there’s room to sit in a courtroom,” he said.

Reiterating his condemnation of Kanu’s abduction from Kenya by security agents without trial, he said the situation was against international law.

“That makes the detention illegal, in part, aside from other violations, but surely under any kind of due process, it’s totally illegal to kidnap someone take them without any hearing.

“They said that they had acted in collusion with the Interpol, what they haven’t said is that there was any hearing that enabled Nnamdi Kanu to dispute and you have to bring it before a judge before you are kidnapped not afterwards. The law is very clear on that score.

“He was not given any hearing before they took him there, indeed four of the seven counts that are now lodged against him. They weren’t even launched until after he had departed Kenya and was in Nigeria,” he said.