Biafra: This is not 1970 — IPOB replies Garba Shehu 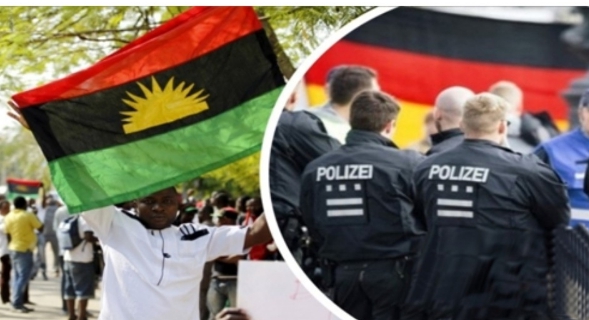 SAHARANEWS – The Leader of the Indigenous People of Biafra (IPOB), Nnamdi Kanu, has knocked the All Progressives Congress (APC) and the Peoples Democratic Party (PDP) for calling for the arrest and prosecution of the attackers of former Deputy Senate President, Ike Ekweremadu.

Ekweremadu who was attending a cultural event by the Ndi-igbo Germany community as a speaker/special guest of honour was on Saturday beaten up and egged publicly by members of IPOB.

The lawmaker was accused by IPOB members of conspiring with the Federal Government to proscribe the group in the South East and the killing of its followers.

ALSO READ:  Trump’s camp says ‘this election is not over’

German police said no arrest had been made as the people have a right to protest. The authorities said they only were at the venue of the event to restore order,.

The APC and PDP both condemned the attack and called for the arrest and prosecution of the attackers. However, Mr Kanu, in a tweet on Tuesday, said ‘Fulani apologists’ in the two main parties were still ‘blinded’ to the ‘storm’ that is gathering to envelop them.

ALSO READ:  “My attention has been drawn to activities that took place in the Adoration ground on Sunday. I am not in any way involved in such activity.--Mbaka

“The popular revolt against Ekweremadu has been ruled non-criminal by German govt, yet Fulani apologists (both APC & PDP) are still blinded to the gathering storm that will soon envelop them. It’s no longer about #IPOB alone; it’s about the long-suffering masses of Nigeria,” he said.

OPERATION PYTHON DANCE 111: Biafra Land Under Siege As Army Of Occupation Stall Activities In The South-East