What Nnamdi Kanu told DSS during a confrontation in…

BREAKING: Farmer Arraigned For Confronting Herdsmen Over His… 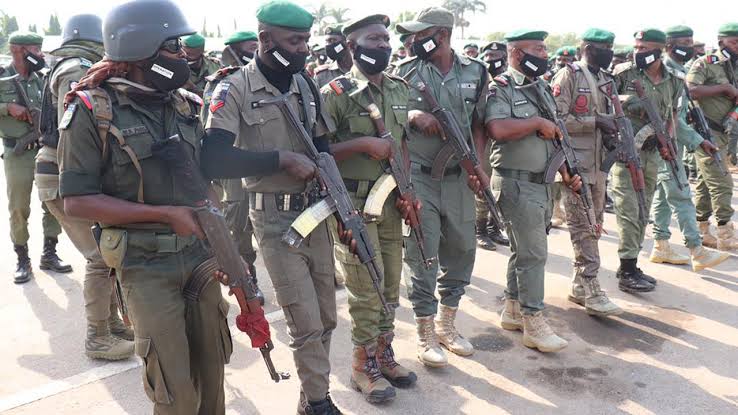 The Nigeria Police Force (NPF) has warned the Indigenous People of Biafra (IPOB) against fresh plans to lockdown the Southeast.

IPOB had on Wednesday stated that it would totally lockdown the southeast if the Department of State Services, DSS, fails to produce its leader, Nnamdi Kanu in court.

In a statement released by its spokesman, Emma Powerful, the proscribed group claimed it got information that the DSS would not bring Kanu to court as a ploy to continue to detain him.

The trial of the pro-Biafra activist is expected to resume on October 21 at the Federal High Court, Abuja.

Reacting, Zone 9 headquarters of the Nigeria Police, Umuahia, said it would not allow the group to carry out their threat of locking down the Southeast for one month.

Speaking to reporters on Wednesday, the Zonal Police Spokesman, Kingsley Iredibia, said the Force had put measures in place to ensure peace and order in the zone.

He expressed his conviction that the DSS would produce Kanu in court in Abuja, hence there would be no need for people to panic after the date.

Iredibia, however, advised the general public in the zone not to entertain any fear, but go about their normal duties.

Court adjourn arraignment of Igboho’s aide over absence of interpreter