Governor Makinde Enjoying Himself In US While Oyo Is On… 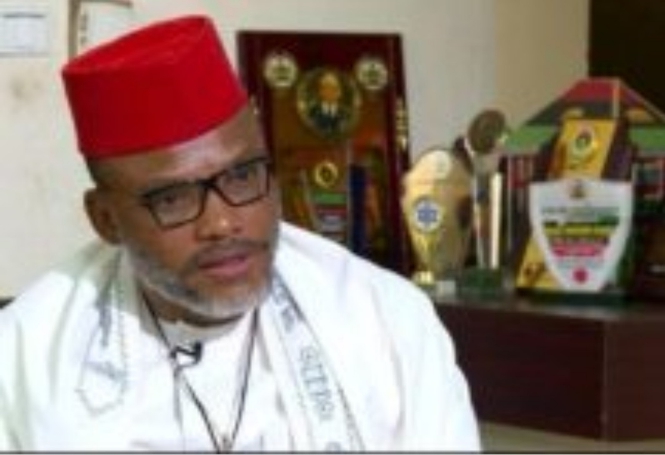 SAHARANEWS – The leader of the Indigenous People of Biafra, Mazi Nnamdi Kanu has condemned in its totality the xenophobic attacks ongoing in South Africa.

In his post on Twitter handle (@mazinnamdikanu) said Biafra Independence with put to stop all forms of attacks both home and abroad.

In his post: “I condemn in totality the xenophobic attacks in South Africa. Even as I seek #BiafraExit from Nigeria, I rise in defence of ALL victims of this shameful carnage, and I demand an immediate stop to it.

“As usual, The Jubril Cabal is silent, the victims belong to the hated 5%.”

Xenophobic attack in South Africa remains unabated as fresh attacks, looting and burning of businesses and properties belonging to foreigners, including Nigerians and in the process killed three people, while another is still receiving treatment for smoke inhalation.

Adetola Olubajo, the President of the Nigeria Union South Africa (NUSA), confirmed the incident on Monday, said the attacks began on Sunday morning in Jeppestown area of Johannesburg when a building was set ablaze by an angry mob.

His words: “The mob also looted several shops that were around the vicinity suspected to be owned by foreign nationals.

“But the Police later dispersed the mob and made some arrest,’’ he said in a statement made available to the News Agency of Nigeria (NAN) in Lagos.

ALSO READ:  "It Was A Sad Moment For Me" - Erica Writes About Her Disqualification.

“Late in the evening of Sunday, Sept. 1, a group of violent locals suspected to be Zulu hostel dwellers besieged Jules Street in Malvern, Johannesburg looted and burned shops/businesses.’’