Nnamdi Kanu Said it, Where Exactly is Buhari In The UK And What Is He Doing? 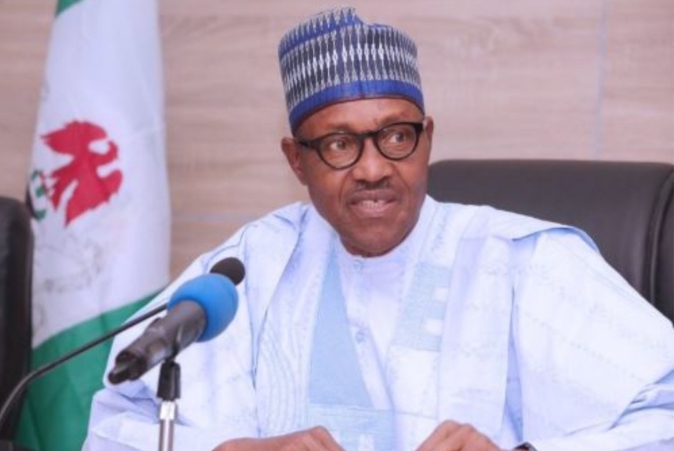 SAHARANEWS – For some days now, Nigerians have been without both a President and an Acting President and those who did stage protests across the length and width of Nigeria some years back—have not staged even one protest in order to know exactly where President Buhari is and what he is currently doing in the United Kingdom. The truth is; shame on every well meaning Nigerian, who is keeping quiet at this crucial and critical time in the bleeding-life of a nation that we call our own.

Some hours ago, a religious buddy told me to be praying for Mr. President, saying it is my responsibility as a citizen of the Federal Republic of Nigeria, but he remained still as water till he left where we were—when I asked him these soul-searching questions: “Do responsible governments hide information from their citizens? In saner climes, do their Presidents go on private visits, keeping the whole nation in the dark? Is it possible to pray blindly for a President who is deliberately and calculatingly disrespecting and keeping you in the dark on what’s happening to and around him? Fellow citizens, you need accurate information not to pray—as someone beating the air!

We are glumly and despondently back to the days of late Umaru Musa Yar’ Adua—when a few cabals did hold the whole nation to ransom, keeping Mr. President away from the precious people of Nigeria. And the exact thing that was happening to the man in power was not revealed to the whole nation until the whole nation did rise to scream, “Enough is enough!” Today, those who marched on that administration and that of Dr. Goodluck Ebele Jonathan are as still as water. They are too prejudiced, unfair, biased and compromised to demand that the right thing should be done, revealing to the whole nation the real reason why PMB is at this time in the UK. Nigeria currently has no voice of conscience!

Every generation needs at least a voice of conscience. In the dark days of apartheid, Arch Bishop Desmond Tutu was the voice of conscience that the helpless South Africans needed to break the chains of oppression. Also, when the Black Americans—helplessly could not lift their heads under the weight of segregation, that generation found its clear voice of conscience in the articulate vessel of Dr. King of this world. Today, who is our own voice of conscience? What we are having in Nigeria today are partisan voices and the only thing they do is to deceive the easy to fleece and gullible ones!

On the 12th of April, 2019, the House of Representatives asked President Muhammadu Buhari to appear before it and address Nigerians on the spate of insecurity across the country. The lower chamber of the National Assembly said failure by the President to explain the issues by the Legislative House would confirm the opinion of Nigerians that the administration had failed in its responsibility to protect lives and property.

A week and a few days after he was summoned to appear before the House of Representatives to address Nigeria on the spate of insecurity across the country, instead of doing as asked, he left Nigeria for the United Kingdom on a private visit, without handing over power to the Vice President and transmitting any letter to the Senate. This lawless thing can only happen in Nigeria. It can never happen in serious nations.

Also, he cannot fire anyone. Even if someone steals the whole Central Bank of Nigeria and he is caught, Osinbajo cannot fire him, because he currently lacks the power to do so. Whoever says this hogwash thing is not deliberate is just being impish, roguish and mischievous. I guess some cabals;

serving in the administration of PMB did not like some of the things Osinbajo did during the last time he was duly handed over power to. For the umpteenth time, Osinbajo can neither fire nor hire anyone till “baba” returns!

Additionally, Osinbajo currently lacks the power to sign any bill into law. The whole nation will have to wait for baba to return before signing into law the budget that was recently passed into law by the Senate. How can we truly progress this way as a nation? When other serious nations have stopped running and now soaring, we have deliberately chosen to be crawling and it is so sad. I have said it before and I want to say it again, neither PMB nor Atiku is relevant to the present of Nigeria let alone her future.

Lastly, Osinbajo cannot order the military to do nothing, unless President Muhammadu Buhari orders them from the real Federal Capital Territory of Nigeria, the United Kingdom! You and I know that our military cannot do anything without being ordered by the C-in-C. It is my prayer that too many Nigerians would not be kidnapped and killed by both bandits and terrorists before “baba” returns from his private visit to the United Kingdom

JUST IN: We Will Not Use Military Force Against Fulani Herdsmen – FG