Ojudu Lied That, I Wanted To Disrupt Ekiti Poll, Let him… 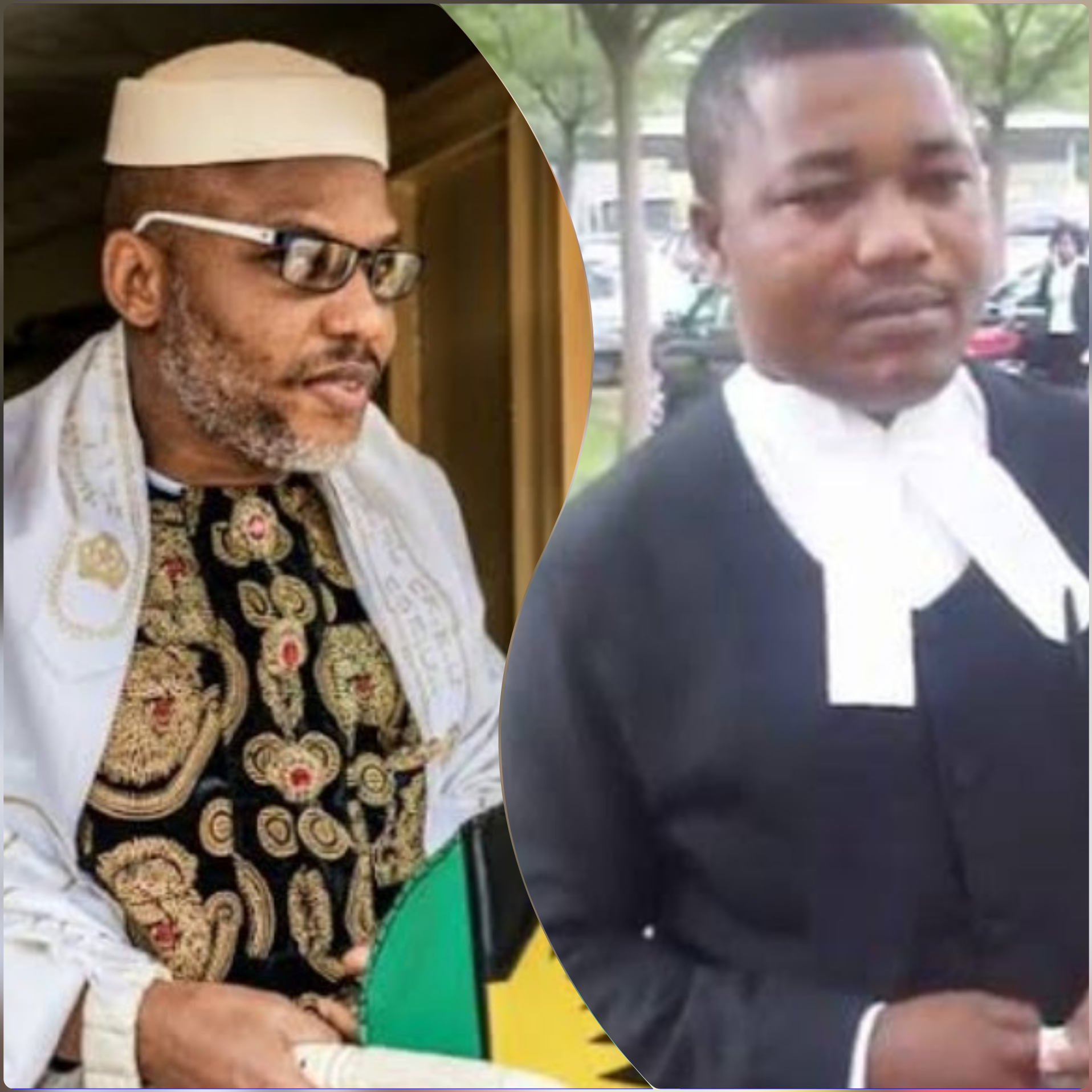 SAHARANEWS – Mr Ifeanyi Ejiofor, the lawyer to Nnamdi Kanu, leader of the Indigenous People of Biafra (IPOB), has sued the Nigerian Police Force before the Federal High Court.

Ejiofor, who has since been declared wanted by the police over his alleged complicity in the murder of some policemen, is accusing the security agency, in the fundamental rights enforcement suit, of invading his house and killing of four occupants.

Ejiofor, in the suit marked: FHC/ABJ/CS/135/19, filed by a lawyer, Maxwell Okpara, is seeking, among others, an order to compelling the defendants to pay him N2 billion as compensation and damages for the burning of his house and shooting of his aged mother by the police at his Oraifite hometown in Anambra State on December 2 this year.

Listed as defendants in the suit are the Inspector General of Police, Commissioner of Police, Area Commander, Divisional Police (DPO) in Anambra State, the Nigerian Army, Chief of Army Staff, Federal Republic of Nigeria and the Attorney General of the Federation (AGF).

Ejiofor claimed to have been called to bar over 17 years ago and wants the court to restrain the respondents, their agents and privies from further harassing, intimidating, threatening his life and destroying his house and other properties.

He is also seeking an order of the court stopping the respondents from threatening him with arrest and torture and to compel them to retract the public notice made on December 3, which declared him wanted and to also tender apology to him in five major newspapers and any other form of reparation.

Ejiofor, in a supporting affidavit, claimed that he was in his Oraifite hometown in Anambra State between November 25 and December 1, for the burial of his late brother, Reverend Louis Ejiofor.

He stated that on December 2, his house was still filled with relatives, friends and well-wishers, helping him to evacuate tents, chairs and other materials used for the burial ceremony, when a group of 16 policemen allegedly invaded his house.

His senior brother, who described himself as Evangelist Emeka Ejiofor, further stated, in the affidavit, that the police claimed to be looking for suspects involved in an alleged communal clash and that he spoke on phone with the Area Commander promising that he would make himself available on same day by 11am.

He stated that by 10.15am, the same police squad led by the Area Commander, came ahead of the appointed time and violently invaded his ancestral home with sporadic shooting at every living object.

“In the confusion that ensued, the plaintiff said that four young men were instantly shot dead while his aged mother sustained gunshot injury from the trigger happy officers .

“The dead bodies were evacuated from his house to a market place and burnt there,” he said and referred photographs and video clips, which he claimed showed “the wanton destruction of” the plaintiff’s house by the police .

Ejiofor, who promised to tender the photographs and video clips during trial, added that on December 3 this year, the Commissioner of Police, Anambra State caused a public notice through television stations and other news media that he had been declared wanted without been given adequate time and opportunity to respond to any allegation against him if any.

He, therefore, wants the court to declare the alleged invasion of his house and subsequent shootings and killing of unarmed civilians as barbaric, wicked, illegal, oppressive and a gross violation of his rights to life, dignity of human person, personal liberty, fair hearing and right to private and family life as guaranteed by the 1999 Constitution.

Ejiofor is equally praying the court to declare that the setting ablaze of all buildings and properties in his Oraifite ancestral home in Ekwusigo Local Government of Anambra State by the police is illegal, barbaric, oppressive, unlawful and amounted to a gross violation of his rights to property as guaranteed by the constitution.

He also wants the court to declare that the December 3, 2019 public notice by the police, declaring him wanted, without giving him opportunity to respond to any allegation against him, if any, is illegal, unconstitutional, unreasonable, null and void as the action violates his right to fair hearing as guaranteed by law.

The case is yet to be assigned to any judge for hearing.