JUST IN: Now that you’ve heard of PMB, you will agree…

Biafra: Why Nnamdi Kanu’s bail should be reinstated —…

NO FUTURE IN APC:Former Delta Governor, Uduaghan, To Return To PDP After 2 Years In APC. 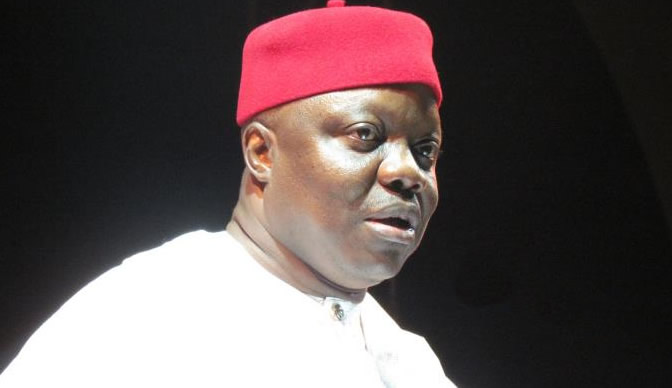 The immediate-past Governor of Delta State, Dr. Emmanuel Uduaghan, is set to return to the Peoples Democratic Party (PDP).

A politician and confidant of the former governor told THISDAY in confidence that Uduaghan has visited the incumbent Governor, Senator Ifeanyi Okowa, at the Government House in Asaba, where all plans were concluded for his return to their fold.

The visit is clear confirmation of the rumours, especially since the relationship of both governors has not been rosy for a while.

The former governor, THISDAY checks revealed, had also met with some stakeholders in the PDP in the state, including another former Governor, Chief James Ibori, on the possibility of his return to the party.

Uduaghan, in 2018, left the Peoples Democratic Party (PDP), on whose platform he was elected as the governor twice, for the All Progressives Congress (APC), following an alleged cold war with the present administration.

The former governor said his defection at the time was in order for him to support President Muhammad Buhari’s quest for the development of Niger Delta.

He alleged then that: “The PDP has never protected its own. The PDP can use you and whatever happens to you after, nobody cares. People would move from the PDP to the APC because the conditions in APC now favour the development of the Niger Delta, and so we are ready to mobilise the people from the PDP in the South-south to APC.

“Besides, you need to have some people in the APC to be able to push some of the agreements reached by the Buhari’s government with the people of the region not to start a fresh agreement.”

Uduaghan’s proposed defection to the PDP in the state is expected by some politicians, who see him as not being recognised in the APC since he joined the party.

He was among the top politicians who rallied round the candidature of Chief Great Ogboru on the platform of APC in the state in last governorship election, but failed to get the support of the likes of the incumbent Deputy President of the Senate, Senator Ovie Omo-Agege; a chieftain of the party, Olorogun O’rtega Emerhor and others.

Following the failure of Ogboru to clinch the ticket, Uduaghan was also expected to get a political appointment from President Buhari-led APC but until now, there is nothing of such.

“The power play among the top players in the APC in the state might have frustrated the former governor into deciding to defect back to the PDP,” the party source said.

Though the former governor could not be reached at the time of filing this report, his aide, Mr. Monoyo Edon, said it was within Uduaghan’s rights to visit the Government House any time.

Edon, who spoke on behalf of the former governor, said the last time he checked, his boss was still in the APC.

He said for a man of his calibre, it was a normal thing for people to say such thing about him.