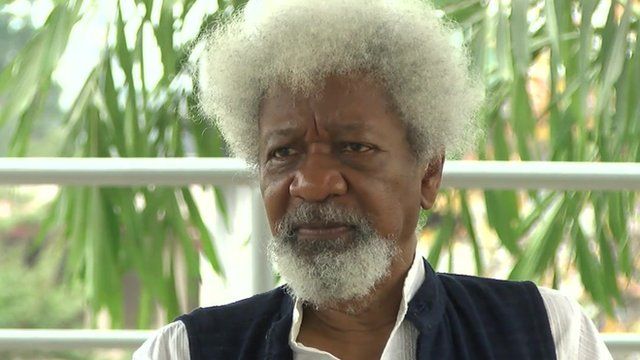 Nobel Laureate, Prof. Wole Soyinka, has described the year 2020 as the most challenging year as a result of the vicissitudes of problems.

He added that the Nigerian situation was worse as a result of the imperial nature of its leadership at the socio-political and religious levels.

Soyinka, a professor of Literature, spoke at the Booksellers, venue of the presentation of his new book, ‘Chronicles of the happiest people on earth,’ a book with over 500 pages which took him about 40 years to write.

ALSO READ:  JUST IN: US government responds to GEJ over allegation against Obama.

Soyinka, in a report by Punch, was quoted as saying, “With the turbulence that characterises the year 2020, and as activities wind down, the mood has been repugnant and very negative. I don’t want to sound pessimistic but this is one of the most pessimistic years I have known in this nation and it wasn’t just because of COVID-19, no. Natural disasters had happened elsewhere but how have you managed to take such in their strides?

“Was calamity as a result of human negligence or as a result of malignant activities when people find themselves under the control of other beings which I am afraid what most Nigerians find themselves in, it is like you don’t know from where the blow would descend. That is not the way a nation should be and that is not the way the citizens should exist.

“Situation has reached a point where you are not very sure of where you are going and where you will end it. As I had said before, you don’t believe, in many instances, that anybody is in charge. That it is a parlous condition for any nation. So, I am afraid it has not been a very good year for me generally.”