JUST IN: I Sacrificed Second Term Ambition For…

Nnamdi Kanu: There is injustice in this country — Father… 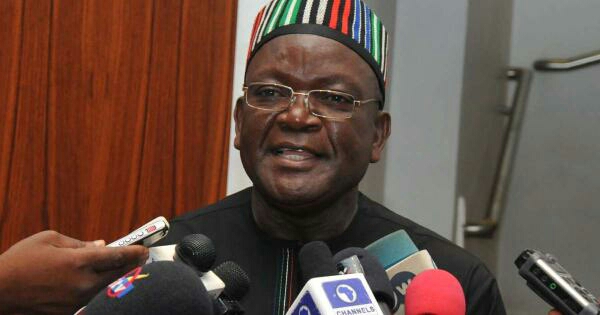 The Governor of Benue State, Samuel Ortom, has described President Muhammadu Buhari’s overall performance during the live interview on national television, on Wednesday, as shameful.

The Governor added that Buhari’s performance showed that he had lost control to cabals in his government.

Governor Ortom spoke at NKST Church, Buruku, while interacting with officials of the Christian Association of Nigeria, CAN, during his reelection campaign in the local government area on Thursday.

Governor Ortom noted that “the poor performance gave credence to what the president’s wife had said that he has lost control and a cabal has taken charge.”

“At the time such routes were contemplated in the 60s, the entire population of the country was about 40 million, while the current population is about 200 million, thereby, foreclosing the possibility of such routes,” he said.

The governor said he had “battled and overcame financial, social vices as well as security challenges” in his first term.

He said his focus on these areas impacted negatively on his performance, adding that if given a second mandate, the end of his administration would be better than his rough beginning.

Governor Ortom said “the All Progressives Congress, APC-controlled federal government failed to forestall attacks on the state by Jihadists, who openly declared their conquest and occupation agenda on the state and, thereafter, failed to give the people justice when they demanded it.

“This development coupled with the deliberate neglect of Benue people, by not giving them strategic positions in government, prompted me to seek an alternative platform on which to pursue my reelection.”