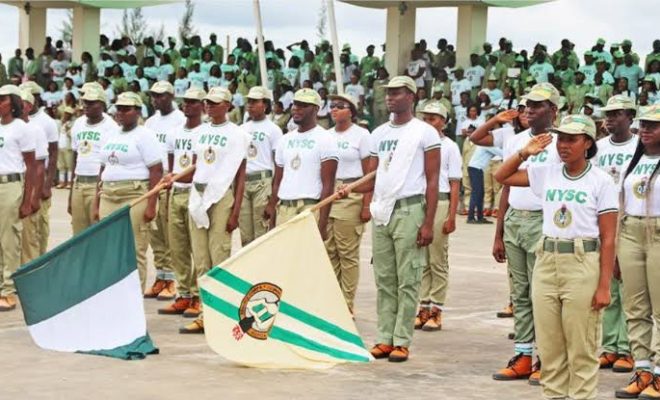 SAHARANEWS – The National Youth Service Corps, NYSC, in Cross Rivers has described as untrue the social media publication stating that a JSS 2 student impregnated a serving corps member in the state.

This was made known to Igbere TV in a statement signed by Abdullahi Yuguda, Head, Press and Public Relations Unit of NYSC in the state.

He m described the report as `fake and untrue.’

“The attention of the NYSC in Cross River has been drawn to a malicious publication making the rounds in the social media, alleging that a female corps member was impregnated by a teenage boy (student) in the state.

“To put the records straight, there is nothing as such in Cross River as claimed by the unknown writer. It is only meant to malign the reputation and integrity of the scheme and the public perception of our corps members.

“NYSC is a reputable organisation that is very proud of her Corps Members because of their high level of discipline and responsibility and therefore cannot be involved in such a shameful act.

“For the avoidance of doubt, the authorities of NYSC at Local, Zonal and State levels never received any report of such formally or informally

“The said news is the handiwork of fake news hawkers who derive joy in seeking attention or traffic to their websites, at the expense of protecting journalistic code of ethics”, the statement said.

ALSO READ:  2023: Gov. Badaru tells voters to ignore the lies and propaganda of the PDP.

The statement stated that the originators of the news failed to state the source of the news rather was dwelling on imaginary school, JSS 2 student and Corps Member.

“Worthy of note is the fact that, NYSC has a laid down procedure for approaching matters on Corps Discipline and Reward. But as at the time of fielding this rejoinder, no Corps Member in Cross River is connected with such negative act.

“It will interest the general public to note, that one of the focus of NYSC Orientation programme is that of instilling high sense of discipline and reinforcement of strict moral standards and conduct which subsequently guide their operational behaviour at their various places of primary assignment and their host communities of service.

“While calling on the general public to dismiss and disregard such jaundice report, Management of the Scheme in Cross River advises the authors and originators of such callow write up to retract same”, the statement added.

The statement advised the originators of the report to desist from manufacturing fake news with the intention of tarnishing the image of the scheme, rather, they should pay attention to the numerous selfless services rendered to Cross River communities by corps members serving in the state.