Nigeria: Buhari has destroyed 40yrs of progress made since…

Obasanjo Failed To Give Sense Of Belonging To Igbo, Ex-Abia Governor, Kalu, Says In Autobiography 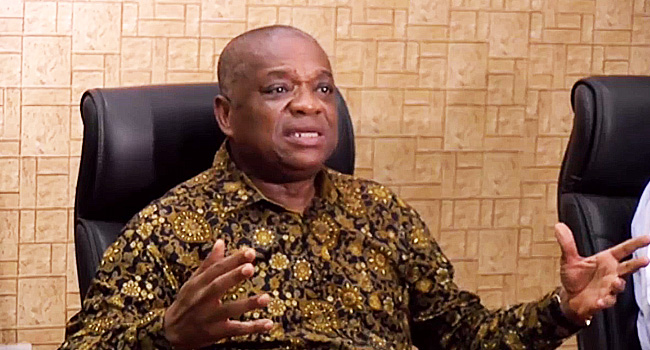 Former Abia State governor, Orji Uzor Kalu, has accused former President of Nigeria, Olusegun Obasanjo, of failing to honour the Igbo or give them a sense of belonging.

In excerpts from his newly released autobiography ‘My Life,’ published by The cable, Kalu accused the former military general, who claimed glory for the surrender of Biafrans in 1970, of carrying on like the war was still on.

He said, “I am not in politics because I want to make money from it. If that was the case, I would have remained with President (Olusegun) Obasanjo throughout our time in office because he controlled all the money.

“But I needed honour for my people. He refused to honour and respect my people; he failed to give them a sense of belonging. He carried on as if he was still at war with the Igbo nation, hence we disagreed.”

The senator, who narrowly escaped going to jail for depriving his state of N7bn during his time as governor, said Igbo last enjoyed progress in Nigeria a few years after independence.

He added, “In January 1914, Lord Fredrick Lugard completed the amalgamation of the northern and southern protectorates into Colonial Nigeria and became its first Governor-General.

“The Igbos did not have a say as to whether they desired to be a part of such a contraption or not. However, the clouds lifted so briefly and the Igbo enjoyed brief sunshine in Nigeria in the decade before and a few years after independence.

“Having embraced Christianity and western education with enthusiasm, they quickly rose to hold sway in the federal civil service, military, academia, commerce and industry.

“The ‘Jews’ of West Africa were on the march, toiling, sweating and swinging upwards, to the envy and hatred of their compatriots.”