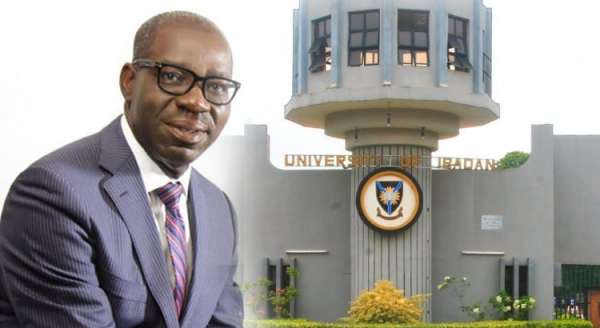 TENSION is heightening in Edo State among members and supporters of the Peoples Democratic Party (PDP) and the All Progressives Congress (APC), as well as other residents of the South-south state, over today’s judgement of the Federal High Court, Abuja, in the University of Ibadan’s (UI’s) certificate scandal involving Governor Godwin Obaseki of the PDP.

It was observed on Friday in Benin, the Edo state capital, that APC members and the teeming supporters of the governorship candidate of the party (APC) during the September 19 last year’s bloody election, Pastor Osagie Ize-Iyamu, were expressing optimism that APC would emerge victorious.

Ize-Iyamu’s supporters insisted that Obaseki would not be able to wriggle out of the alleged forgery and perjury suit, brought against him by the APC and one of its members, William Edobor.

It was gathered on Friday in Benin that most supporters of Obaseki were restless but confident of winning, in view of the good job done by Edo governor’s legal team, while many supporters of Ize-Iyamu, a senior pastor with the Redeemed Christian Church of God (RCCG), were optimistic that APC would have favourable judgment.

The parties on Thursday exchanged their written addresses through e-mails, with the presiding judge, Justice Ahmed Muhammed, reserving judging for today.

ALSO READ:  JUST IN: “Swear With The Qur’an That You Didn’t Rig The Election” – Galadima Blasts Buhari

In a related development, the governorship candidate of APC in Edo (Ize-Iyamu), yesterday appealed Wednesday’s judgment of the Edo State High Court, sitting in Benin, which nullified his candidacy and that of his running mate, Mallam Gani Audu, over arrangement of the name of Audu, a current member of Edo House of Assembly.

The plaintiff, Kadiri Oshoakpemhe, a member of APC in Edo, who is an ally of PDP’s Obaseki, alleged that Audu gave false information to the Independent National Electoral Commission (INEC), ahead of the September 19, 2020 poll.

Edo high court, presided over by Justice Helen Courage-Ogbebor, gave the judgment, which was condemned by Ize-Iyamu and most members of APC.

In a notice of appeal, marked B/358/2020, Ize-Iyamu, a former Secretary to the Edo State Government (SSG), prayed the appellate court to set aside the judgment of the lower court on the grounds that the suit was statute-barred, an academic exercise, and of no utilitarian value.

The appellant declared that a pre-election suit would become an academic exercise where the defendants lost the election and failed to challenge the outcome at the election petitions tribunal, praying that the suit be dismissed in its entirety.