BREAKING: “Scared? Of Who? I’m Going To Geneva,… 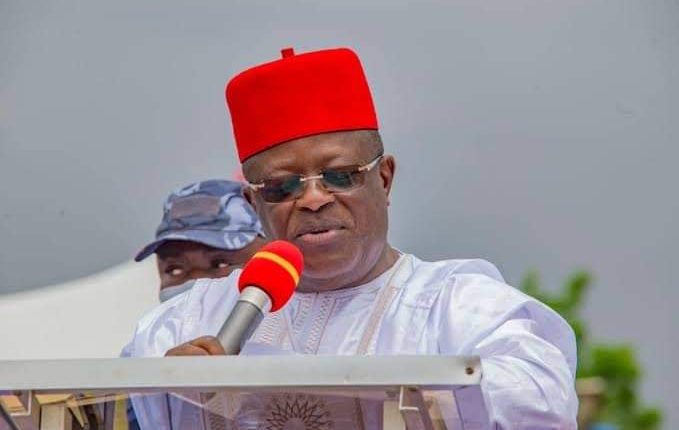 People of Ebonyi will not sit at home during Nigeria’s 61st-anniversary celebrations on Friday as ordered by the Indigenous People of Biafra, IPOB.

Ebonyi’s Governor David Umahi made the declaration in Abakaliki on Thursday in a chat with newsmen.

The governor said Ebonyi had been so much deprived in the past and was trying to catch up with the rest of the country with innovations.

“So, anybody that says `sit-at-home’ should know that Ebonyi people are not going to sit at home.

“I appeal to the entire Southeast people to remember the danger of this order. Many people have been killed for no reason because of it.

“Agitation is natural and fundamental, but nobody is justified to carry guns illegally to kill other people.

`We condemn in totality the insecurity in the Southeast being instigated by our people.

IPOB had declared Friday, Oct. 1 as a “sit-at-home’’ day for residents of the Southeast.

“We also condemned the killing of Dr Chike Akunyili, (erstwhile widower of Dr Dora Akiunyili, former Minister of Information) and other people in the country at large,’’ Gov. Umahi said.