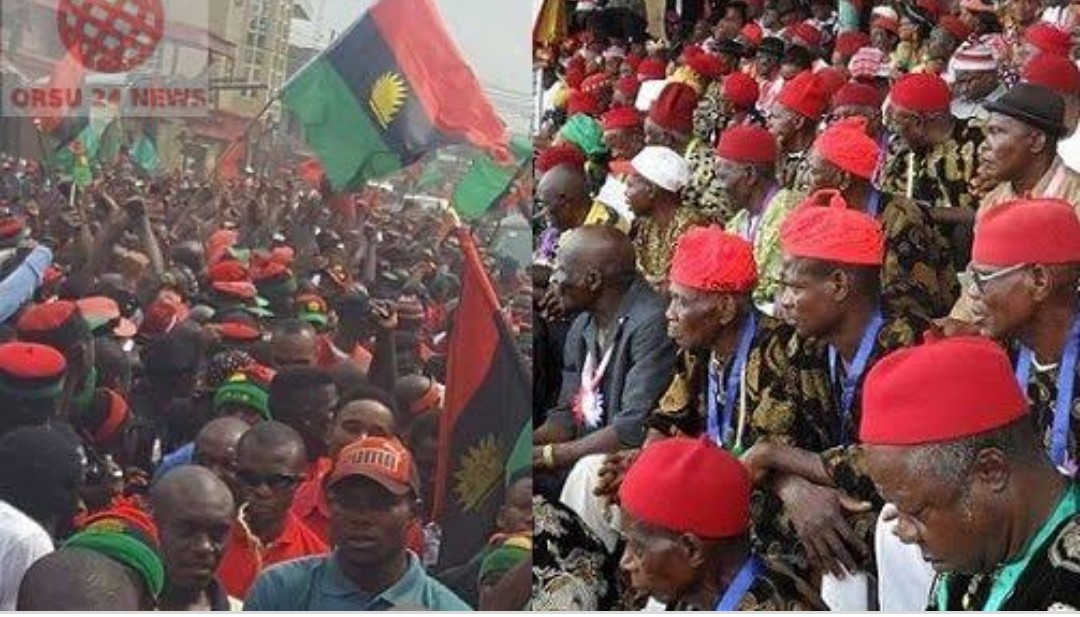 SAHARANEWS – The apex Igbo socio-cultural organisation, Ohanaeze Ndigbo, rose from a meeting on Sunday and declared that it would use everything available to defend its people in the face of worsening insecurity in the country.

Briefing journalists after the meeting of its highest decision making body, Ime-Obi, held at Nike Lake Hotel, Enugu, Ohanaeze warned that Ndigbo should not be taken for granted.

The President General of Ohanaeze, Chief Nnia Nwodo, who read the resolution of the Ime-Obi, said it would no longer watch while its people were slaughtered.

The communique read in part, “Ohanaeze hereby states categorically that Ndigbo will not stand by and watch its people slaughtered. Ohanaeze will defend every soul in Igbo land.

“Ohanaeze hereby nominates, activates and directs the council of elders made up of reputable Igbo personalities and leaders to engage Ohanaeze state governors immediately on prevailing security challenges.

“Finally, Ohanaeze reminds Ndigbo that there had been difficulties in security in our history in Nigeria. In all these, our determination to protect our home lands and families against aggressors had never wavered and we have always relied on our ingenuity and vigilance to ensure our survival. Let nobody take us for granted.”

In a related development, the South-East Governors Forum on Sunday directed state Houses of Assembly in the geopolitical zone to enact a law to back South East regional security outfit that would be launched soon.

ALSO READ:  Youth in Nigeria must oppose those who threaten their future—Obasanjo.

The Chairman of the Forum and Governor of Ebonyi State, Chief David Umahi, who read a communique at the end of the meeting, said the governors had written to the Federal Government.

“Forum took a briefing from the chairman of the Joint security committee and are satisfied with all the arrangement that will lead to South East State Houses of Assembly to enact a law to back the South East security programme with a name to the outfit.

The governors, however, assured Ndigbo that their security was well protected.

The governor of Imo State, Chief Hope Uzodinma, was not in attendance. He was not represented either.