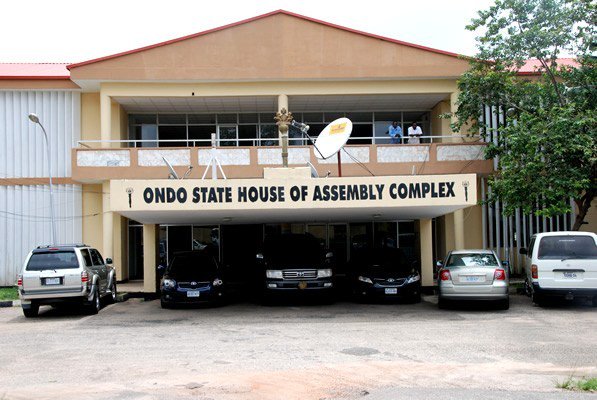 The Speaker of the Ondo State House of Assembly, Bamidele Oloyeloogun, could be arraigned before the state High Court next week Thursday (December 17) for contempt of court.

Oloyeloogun is expected to be dragged before the High Court alongside three other state lawmakers for refusing to obey a court order which reinstated some suspended members of the Assembly.

Those to be prosecuted with the Speaker include the Clerk of the Assembly, Bode Adeyelu, the Parliamentary Secretary, Abayomi Akinruntan; and the Deputy Majority Leader, Mr Olamide Oladiji.

The suspended lawmakers were also those loyal to Mr Agboola Ajayi, the Deputy Governor of the state. He fell apart with Governor Rotimi Akeredolu a few months to the governorship election.

But the affected lawmakers had challenged their suspension in court and got a ruling for immediate reinstatement.

However, the leadership of the Assembly, led by Oloyeloogun, appealed the judgment with a stay of execution on the case, but the court dismissed the appeal.

In a related development, the Federal High Court in Akure ordered the arrest of six members of the Assembly for being absent in court in a case between the state Deputy Governor, Ajayi, and the Assembly.

Ajayi had approached the court to sue the Assembly over alleged infringement on his right to political beliefs.

Justice Abdul Dogo, the presiding judge, ruled that the court had powers to order the arrest of the lawmakers noting that the case was being heard for the third time.

He added that the six lawmakers who were defendants in the case had all refused to appear in court.

He ordered the state Commissioner of Police to carry out the order and bring the six lawmakers to the court on the next adjourned date.

He later adjourned the case till February

NASS Invitation: Buhari Is Afraid, Has Nothing To Tell Nigerians—PDP

The individuals Who Supported Buhari In 2015 Should Apologize For Misleading Nigerians, Says Fayose