ONNOGHEN: APC Senators Cries Out Over Plans to Impeach Buhari, Says the move is Capable of Breaking up Nigeria 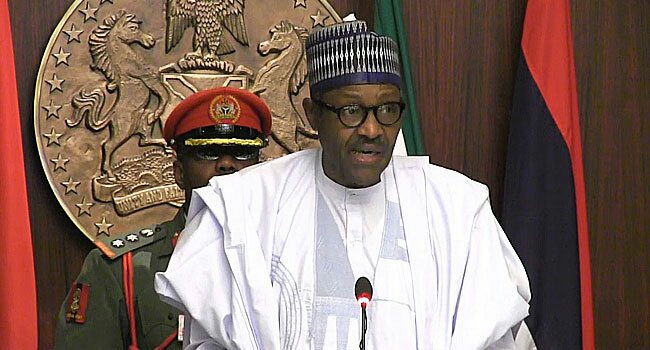 SAHARANEWS – As the National Assembly is set to reconvene on Tuesday, the All Progressives Congress (APC) senators has cried out over plans to impeach President Muhammad Buhari.

APC Senators vowed to resist any attempt by the presiding officers of the National Assembly to initiate impeachment proceedings against President Buhari.

This is coming after President Buhari suspended Walter Onnoghen as the Chief Justice of Nigeria (CJN) and the appointed Justice Ibrahim Muhammad as the acting CJN by President Buhari.

But the leadership of the National Assembly will be meeting today ahead of the emergency sitting.

Onnoghen is being tried by the Code of Conduct Tribunal (CCT) over a non-declaration of some assets.

Speaking on behalf of APC senators, former Senate Leader Ali Ndume told reporters in Abuja that the President did not breach the constitution by his action.

He said, “As members of the APC in the National Assembly, we will put the nation’s interest above any parochial or sectional consideration in dealing with the issue.

“However, if anybody wants to start another trouble in the Senate over the issue, we are ready. We have the number; we have the strength because we constitute the majority.

“It’s just that the Senate leadership wants to play to the gallery, otherwise, I don’t see the same leadership that accused the judiciary of meddling in its affairs now moving against the President for fighting corruption in that arm of government.”

Meanwhile, the suspension of Chief Justice of Nigeria, Onnoghen has generated a lot of mixed reactions with the United States of America condemning the decision of President Buhari and urged him to follow due process.