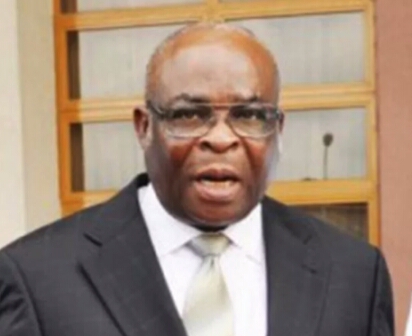 ABUJA—Niger Delta agitators have threatened to shut down the country if the Federal Government goes ahead with the “harassment” of the Chief Justice of Nigeria, CJN, Justice Walter Onnoghen.

In a statement yesterday, the coalition of the agitators also warned all non indigenes who own oil wells in the coastal area to prepare to vacate their zone, while asking all persons from the area working in the President Muhammadu Buhari government to “watch” their back.

The statement by ‘General’ John Dukku of the Niger Delta Watchdogs and Coalition of Niger Delta Agitators and a host of others alleged that President Buhari had never been disposed to the appointment of the CJN, saying it was why he delayed his appointment as the country’s chief law officer after many months in acting capacity.

They noted that the CJN was suffering because he hails from the South South minority zone.

“We therefore, want to state categorically that if the Presidency fails to reverse harassment of the CJN, we will have no other option than to mobilize all the Niger Delta fighters and commence serious actions that would shake the country and the whole world; we shall shut down all the oil wells in the Niger Delta.

They said: “We are shocked to learn about the arraignment of the CJN, Justice Omnoghen over allegations of his false declaration of assets based on a petition written by one Mr. Dennis Aghanya of the Anti-Corruption and Research Based Data Initiative. The CJN is suffering just because he is from the minority area of the South South, the Niger Delta region. This is definitely a petition plotted by the Presidency to forcefully remove the incumbent CJN from office and replace him with a Northerner.

“In the first instance, President Buhari was not disposed to Justice Omnoghen’s appointment to this position which is why he refused to confirm the appointment after so many months of serving in Acting capacity. It was during the period of his sickness while in Britain that the acting President Prof. Osinbajo confirmed the appointment.

ALSO READ:  BREAKING: Finally Amaechi Is Broken, Apologize To Rivers, Says "I Am One Of You, Lets Forget The Past And Find A Way To A Glorious Future", He Begged

We wish to also recall that in August last year, Mr. Matthew Seiyefa of Bayelsa State who was the most senior and most qualified officer at the time was appointed to the position of acting Director-General of the Department of State Security by Prof. Osinbajo, only to be replaced with a retired and junior officer to Mr. Seiyefa, Mr. Yusuf Bichi by President Buhari as soon as he resumed duties.”