WAS IT SHOT DOWN? Iran Refuses To Hand Over Black Box As…

BREAKING: Buhari Do Not Need WAEC Certificate To Become… 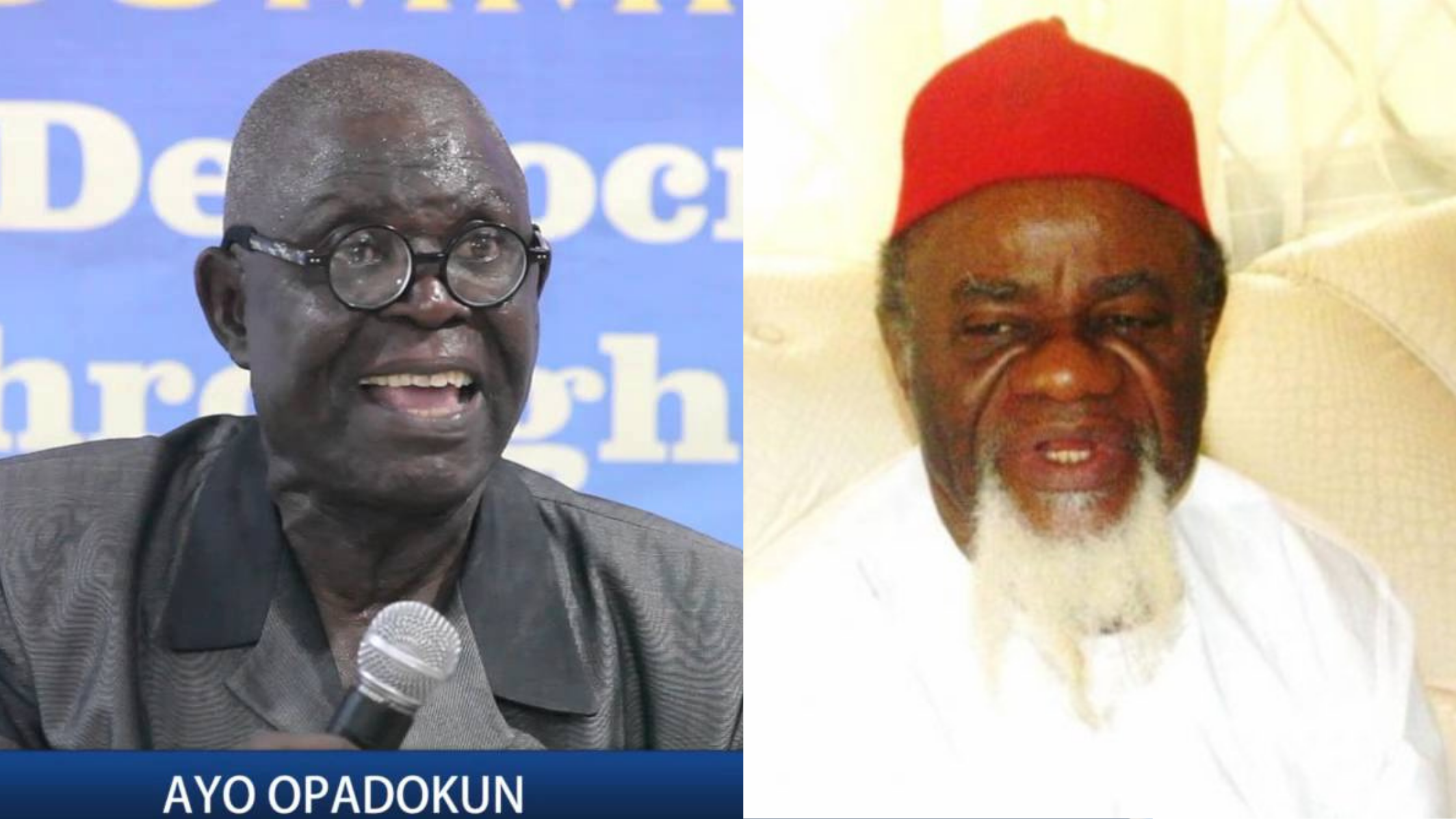 A cheiftain of the defunct National Democratic Coalition, Chief Ayo Opadokun, has described the approval of N10bn for Enumeration Area Demarcation in 546 local government areas in the country by President Muhammadu Buhari as a waste of public fund and not in the interest of Nigerians.

The EAD is the process of delineating the entire land area of the country into small geographical and demographic units.

The EAD is a preparatory exercise for the actual census.

Opadokun while speaking with SaharaReporters on Tuesday described the exercise as premeditated and aimed at favouring the interest of a particular region of the country.

He said the present government cannot conduct a credible, free and fair census unless the country went back to the federal constitution of 1960 upon which Nigeria secured her independence.

He said, “Now that they have voted another N10bn, I have no doubt in my mind that it is just another instance of wasting public fund other than public interest because it is meant to achieve a particular agenda which is to suit the interest of current political operators.

“Nigeria had never had any credible census even from the days of the colonial masters. We have it on record how British collaborated and assisted to manipulate the so-called census.

“So from that time upward, we have never succeeded in conducting free, fair and credible census.”

Speaking further, Opadokun attributed the falsification and manipulation of census figures in the past to the prolonged military rule in the country, which favoured a particular section of the country.

He said, “If you talk about restructuring, resource control, IPOB and the likes, all of them are the same thing. We should return to that negotiated federal constitution which our ethnic nationalities and nationalists agreed upon because they recognised that Nigeria was an heterogeneous society with multiplicity of language, religion and custom.

ALSO READ:  "We're Loosing Our Grips On Nigeria Under You, Emulate Some Of Jonathan's Approach" - Sultan Of Sokoto To Buhari

“So, unitary government can never work in an heterogeneous society. It will certainly create injustice, inequity, abysmal disregard for the defence and promotion of rule of law.

“Nigeria has been clearly possessed by a particular set of people while other people are onlookers.”

On his part, a former governor of Anambra State, Chukwuemeka Ezeife, condemned the timing of the census, adding that the present government could not be trusted with the exercise.

ALSO READ:  JUST IN: Ambazonia independence on sight as Biya bows to pressures.

“Census and election and such national activities are no guarantee of fairness. Conscience is dead in Nigeria and what we have is comprehensive corruption and in the process nothing is sacrosanct and nothing can be guaranteed.

“The only important thing now is to restructure. If you restructure and maintain some kind of justice, then you can talk of census but now it is not the right time.”

Recall that census had become a controversial issue in Nigeria to the extent that two had been annulled in the past (1973 and 1991).