OPINION: Comparing Jonathan And Buhari’s Suspension of Justices In 2011 And 2019 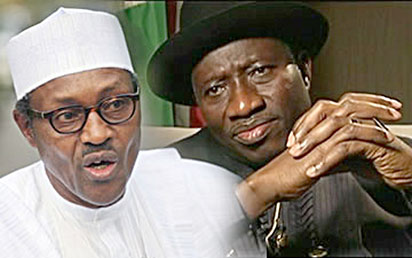 SAHARANEWS – The intention is to set the records straight on this because people have been comparing Jonathan’s constitutional action in 2011 to Buhari’s tyrannical action in 2019 regarding the suspension of the CJN. Read below:

According to the constitution, the President can remove the Chief Justice of Nigeria under 1 of 2 conditions:

ALSO READ:  BREAKING: All Obasanjo said about Buhari are true, OBJ is the only true Nigerian among the elites - Rotimi Amaechi in another secret tape

Conclusion: Goodluck Jonathan’s exercise of his presidential powers in 2011 was constitutional

Justice Onnoghen’s case was at the CCT with pending motions from the Court of Appeal (Higher court than the CCT) to stay on proceedings.

Conclusion: Buhari’s suspension of CJN Onnoghen was illegal and unconstitutional and likely an impeachable office as this is an assault on democracy

OPINION: The CJN’s Removal: The Lamps Are Going Out All Over Nigeria