Soludo appoints Bianca, others to dialogue with IPOB, stop…

OPINION: Jibril From Sudan, Atiku From Cameroon, Nnamdi Kanu’s Arguments And The Realities Of Nigeria Existence 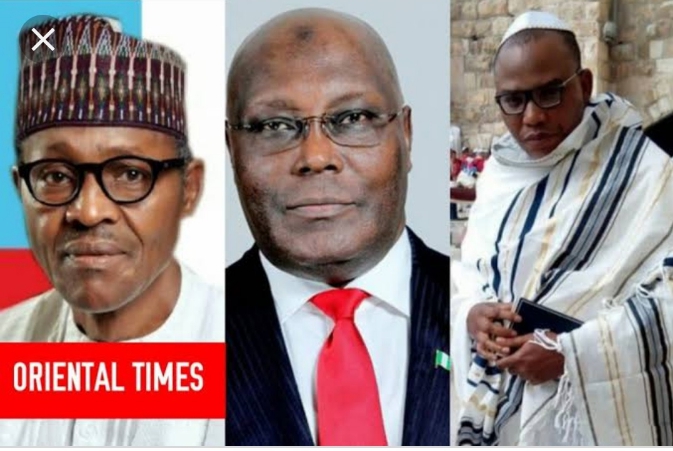 SAHARANEWS – Before 1914, the geographical space called Nigeria existed in bifurcation – the northern and southern protectorates. And before the British savaged and carved out the area for immanent exploitation, there were thriving kingdoms, ethnic groups, cultures, traditions, and civilisations.

In the stout bushes of the eastern section of the lower Niger, a republican system of government, more organised than that of the ancient city-states of Greece, flourished among the Igbo people. There were sacerdotal institutions upon which the society pivoted. And the people never referred to themselves as “Nigerians”, which is originally an alien appellation and colonial tag.

And in the western plains of the lower Niger, a form of constitutional monarchy, more polished than that of the British, burgeoned among the Yoruba people. There was a sophisticated system of checks and balance, a boisterous culture and civilisation. But these people never referred to themselves as “Nigerians”.

In the hills of the upper Niger area, a disciplined monarchical system flourished among the Hausa people. And they never regarded themselves as “Nigerians”. In fact, they fought one of the bloodiest battles against the progenitors of “Nigeria”.

Casting off pretension, the founding fathers – Nnamdi Azikiwe, Obafemi Awolowo and Ahmadu Bello did not operate in the consciousness of “Nigeria” because the construction was not organic. They acted in cognizance of their “nativity”.

In 1947, in his book, ‘Path to Nigeria Freedom’, Awolowo expressed concern about the artificiality of the colonial heritage. He said: “Nigeria is not a nation; it is a mere geographical expression. There are no Nigerians in the same sense as there are English or Welsh or French. The word Nigeria is merely a distinctive appellation to distinguish those who live within the boundaries of Nigeria from those who do not.”

Taking inspiration from Awolowo, “there are no Nigerians” in the true sense of the word. Nevertheless, owing to today’s realities, it is convenient to describe those occupying the “Niger area” as Nigerians.
However, Awolowo’s statement should not be construed as an expression of hopelessness in Nigeria’s unity. In fact, he was advancing reasons for unity and why each entity within Nigeria must be allowed to grow at its own pace.
But is Atiku Abubakar Nigerian or Cameroonian? In my essay, ‘Nnamdi Kanu is right; Atiku’s Adamawa was in northern Cameroon’, I had expounded a historical argument about his origins.

And really, much of the present day Adamawa state in Nigeria is part of the old northern Cameroon. In fact, there is a region called “Adamawa” in Cameroon today. And even the kingdom of the Lamido of Adamawa stretches into Cameroon. Atiku’s hometown, Jada, was a part of Ganye, which was the headquarters of the British Cameroons.”

However, it is ludicrous to allege that a man who became Nigeria’s vice-president, who has lived, invested and paid tax in the country for years is not a citizen. And by the way, northern Cameroon was constitutionally wedded with Nigeria in “holy matrimony”.

But when it comes down to it, no one is really a Nigerian. Awolowo says so.