The Downfall Of Gov. Okorocha, A Bitter Lesson To Greedy Igbo Politicians

SAHARANEWS – It is no longer news that Governor Rochas Okorocha, a Nigerian businessman, education philanthropist and politician didn’t collect his certificate of return from the Independent National Electoral Commission for allegedly holding the returning officer of the commission hostage and forced him to declare a winner under duress.

It’s a big blow to the man who I used to respect and admire when he was elected in 2011.

Back then, I see a man full of life, a man who has the imolites at heart, a man who gave scholarships to needy and ready to change the narrative of Imo State.

But something happened when he got elected back for his second term in office.

Greed made him to actually want to impose his Son-in-law to the Imolites even when it is crystal clear that the people have rejected him.

ALSO READ:  2019 ELECTIONS: US Expresses Concerns On The Credibility Reports Of Votes Being Tampered With, Election Violence In Some Areas

Anybody that knows the history of Ndigbo especially during the colonial master will know that the Igbos hate absolute monarchy. In fact, it has never had sufficient reign in Igboland.

Why? You may ask

This is because of the presence of sacerdotal institutions of checks and balance.

Igbos are not like the Yorubas, Hausa-fulani who one person or few cabal will hold on to power and determine what an entire state will do.

Also, Okorocha has reduced himself to a comedian and that is why he has been “Iberiberized”.

Let me clearly state here that Okorocha’s political career is dead in Igbo land and he should also forget about his 2023 presidential ambitious because it’s dead on arrival too.

The downfall of Okorocha, a bitter lesson to greedy Igbo politicians like him. 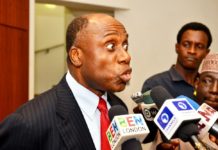 U-TURN: Buhari has brought untold hardship to Nigerians especially the... 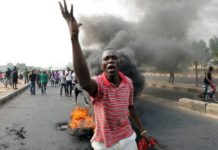 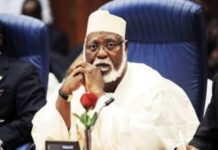 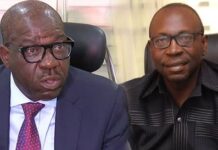