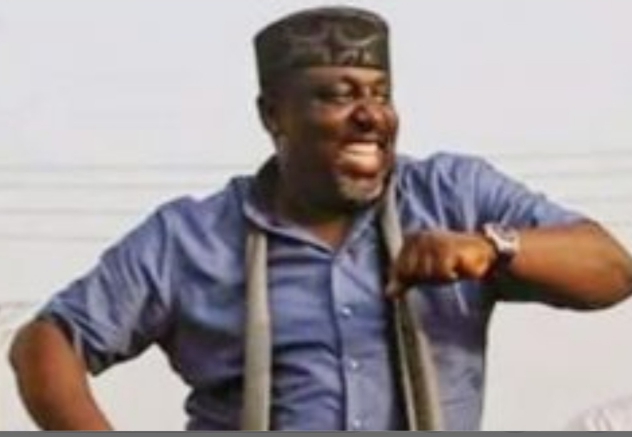 SAHARANEWS – It has been confirmed that there would not be continuity of The Rescue mission government.

One thing is certain, Whether good or bad depending on how you see the Governance of Owelle Rochas OKOROCHA, he will surely be Missed.

My Governor, My Governor has Provided Season Movies For IMO indegeines and Nigerians at large.

We are going to xray the most Threatical governor in the history of Nigeria.

He rode on the back of the people to Snatch Power from a certain ikedi Ohakim who swore to hold power Like Ikiri . Rochas was loved and seen as a messiah thus the Rescue Mission . He touched alot of lives by his Philanthropy and through his Rochas foundation gave scholarship to alot of People.

On his first broadcast as IMO Governor he announced the Cancellation of the 10,000 jobs Ohakim gave which was weird to me as he was Supposed to create jobs for the people taking Cogniscence that Those who were given the Jobs were all Imolites.

Who remembers that Rochas First appointed 70 SA’s Including SA on comedy and Chief Comedian of The state . It shows his Tendency to Create things. He Told TELL MAGAZINE “MY Vision Drives Me Crazy”.
We would later realize that our Governor has gone Crazy

To butress his Vision, he later discovered that IMO people Are Unhappy and decided to Create The Ministry Of Happiness and Couple Fulfilment. What a visionary leader . Who is blaming the the typist for Misplacing the Word Purpose fulfillment for couple Fulfilment .We all know what a typo Error is for Eg when Trying to write por(K) and you End Up writing Por(N).

He failed to realize That paying regular salary with a salary Increament would gladen the heart of the people and Make them happy.

This was a man that Said IMO state has too much money and opted to pay above the Minimum Wage. He later Deteriorated the plight of Workers and Pensioners and After an attempted Effort to sack workers, forced them to agree to accept 70% which he doesn’t pay Regularly. The Pensioners plight are even worse,he Pays them 40% and hardly pays it culminating to Our Grandfathers and Grandmothers protesting on the streets of Owerri .He even attempted to slash it Further with his 3 days Work and 2 days farming policy with terms and conditions being that the Workers would only be paid based on the 3 days they worked a ploy to further reduce their salary to 40 percent.

Who Did not protest, is it the Medical Students of Imsu who were tear GASED, is it Doctors who one of them was Shot, Market women, Labour Etc . The Law of Karma Cannot be Ignored as Rochas OKOROCHA and his Rescue Mission army Has Embark on More than 20 protests against APC and Coalition

His Obsession for total power led him to endorse candidates for all elective Position in Imo State from Ward level to State Governor Which he claimed no One is More Qualified to lead IMO than his son In-law.

He began an Endorsement campaign As the news was littered with A and B endorsed UCHE Nwosu .He earned himself the title of Chief RETIRER of the Nation ,only him was Going to Retire Everyone and be the Last gladiator Standing them Usher in a New Generation. What a Warrior.

He grew many Obsession including the penchant for destroying markets as he roared “Eke Ukwu must Go” After returning from a trip as he was rummoured to have been slapped by the Spirits .He ignored Court Order and Forcefully Destroying the market Resulting in the death of A 9 year old boy Somto (May his gentle soul Rest in peace) .He saw how lucrative Building new markets were and Went on a market destruction spree and Sometimes destroying without an Immediate Alternative leading to Anguish among the people

ALSO READ:  OPERATION THINK: "Enemies At The Your Gate"

From Ikuola nkwu to Akpuola Gi he never ceases to Amaze us. News broke that he has begun annoiting people in the church which now metamorphorsed him into a Religious leader.

His battle with Catholic Church and Arch Bishop Obinna who was Very instrumental in his victory in 2011 is documented. He even went ahead to rename Assumpta avenue to Opkoro UZO Muhammadu Buhari and later reverted the act.

His Love for Statues was popular all over Nigeria as he Moulded JACOB ZUMA former President Of southAfrica ,a Man with Over 800 corruption charges in his country with a rummoured 520 million Naira Just for personal gain in order to lure the then presidents to sign a contract with Rochas foundation. He also moulded a host of Others including Ellen Johnson Selif the Former President of Liberia.
The Grand commander of Free education Has made sure IMO Students at all levels receive free Education. This came at a price though. The Schools Generate Money from the School fees and Rochas has refused to pay the school fee to the Schools . This has led to Many Departments loosing accreditation in Both IMSU and IMo poly including Medicine and law. The Non indegeines are subjected to paying exhobitant fees as high as 190 thousand Naira just for the school to manage herself . He has succeeded in Killing Imsu, IMO poly and IMSUTH is now in a Sorry State . This is the same Governor that built A magnificent Eastern Palm University with state Money and Turned it into private use. I can’t forget the day he gave IMO students fake Laptops which were indeed android device version 2.2 (the lowest ) with a Ram of 128 mb. What more can we say.

Our Governor claimed he has over 1000 verifiable project including 27 Uncompleted General Hospitals, countless Uncompleted Markets,305 Primary schools that can be blown away by any strong wind and Countless roads Destroyed by acidic rains which only Targets Roads built by Rochas and Spares roads built by Udenwa. Who would believe that Rochas on his road Building spree purposely ignored IMSUTH road, the Most Important road leading to the Only Teaching hospital in Imo State. The road has since been abandoned and Motorists now shunt the road with routes from surrounding Villages. Imagine an Emergency case moving on that road. The Only road Leading to his Village is Erosion laden and He has not even Called the Attention of his So loved president to intervene in Erosion happening in Ideato.

To Think that President Muhammadu Buhari has not Visited IMO state since he became president still makes me wonder as he has Come to other Southeast States but Couldn’t even attend The mega rally with which Our Governor Invested Our state Treasury JUST to create an Impression.

Rochas went ahead to Create the Agburu anyi faction therefore creating a DiVIDE where he is supposed to be a unifying Factor .

He is suffering from Ohashierism and would need Anti-iberiberism Tablet 3x daily to be able to Reconcile with the people.

We Surely will remember him And we would talk about him in years to Come as he Makes another journey to the senate to Continue his drama there.

JUST IN: Nigeria Election And Biafra, Tragedy And Hope For The Igbos – APGA Chairman