Helicopter Dropped Weapons For My Boss Inside Forest —…

“Our Next Move Is UN, Biafra Is Closer Than You Can imagine” — Nnamdi Kanu 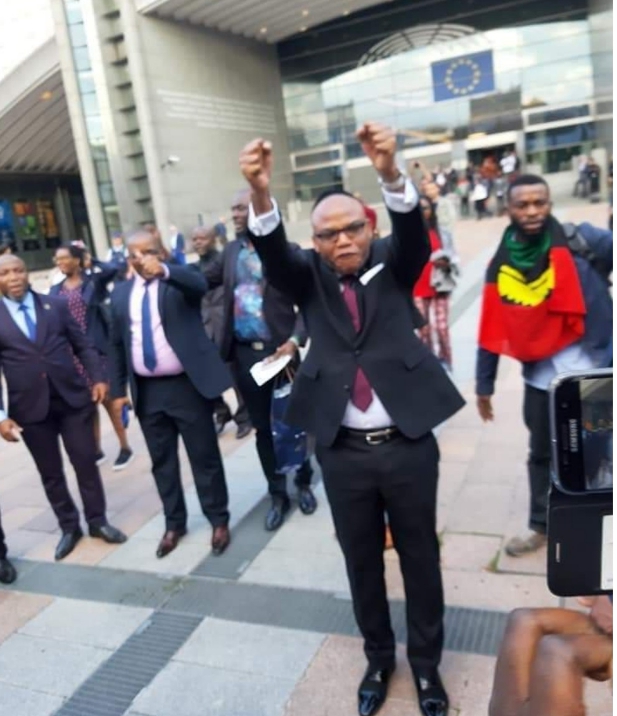 SAHARANEWS – The leader of the Indigenous People Of Biafra, Nnamdi Kanu said that his next movement is to the United Nations.

This was announced after his meeting with members of the European Parliament in Brussels, Belgium.

Source told Southern Dailies, that the meeting with members of the European Parliament was successful.

“Our leader’s discussion with EU parliamentarians will not be made public for our own best interest, also our leader assured us that our next move is United Nations.”

(VIDEO) With So Much Vigor And Excitements, Nnamdi Kanu Address Biafrans At Brussels After Meeting With EU