Presidency tackles UK newspaper for reporting there is…

(VIDEO) German Television Could Not Stop Talking About… 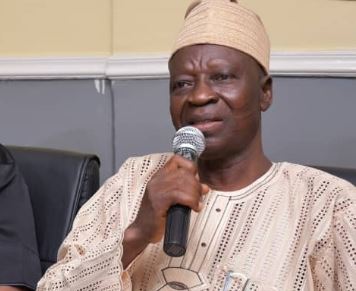 The Chairman of Oyo State Teaching Service Commission (TESCOM), Pastor Akinade Alamu has been accused of refusing to release appointment letters to some successful applicants for the recent recruitment of teachers and others by the commission in the state, SaharaReporters has gathered.

A list of successful candidates was however released by the government in November 2020 after a CBT screening and oral interview conducted by TESCOM for all applicants.

SaharaReporters gathered that about 323 successful applicants have yet to receive their letters of appointment five months after the list was released.

One of the affected persons accused the chairman of TESCOM of ignoring Makinde’s order that the exercise must be transparent to justify the mandate of the state government.

He added that Alamu was planning to give their slots to candidates of his friends and cronies who were not shortlisted.

“The government just recruited 5, 000 teachers and I am one of them. We had CTB screening, we did oral interview and we passed both. Fortunately for us, we made the list and the governor ordered that we should be employed.

“Till now, if you go to Oyo state job portal, our names are still there. We heard our appointment letters are available at TESCOM office but they have refused to release them to us. We have gone there several times but they keep telling us to be patient while our mates who were in batch B and C have started working. But we that made the merit list are being crucified.

“We want the governor to know this, each time we make a move to meet the governor at his office, the TESCOM boss and his workers will start threatening us. It’s like they have hidden agenda.

“We don’t know why they have refused to release the letters and these letters are with them in their office. I don’t think the governor is aware because he is a good man, he gave them an order that the merit list must not be tampered with but the TESCOM chairman and his staff went against his order. This is purely injustice; most of us have resigned from where we were working immediately we saw our names on the merit list. They want to manipulate us, give our slots to other people, this injustice must not stand,” he told SaharaReporters.

When contacted by SaharaReporters, Alamu denied the accusation.

He said that the letters were withheld due to certain errors on the part of the applicants.

The TESCOM boss hinted that the errors included misspelt names as well as invalid emails, assuring that the letters would be collected immediately after correction of errors by the applicants.