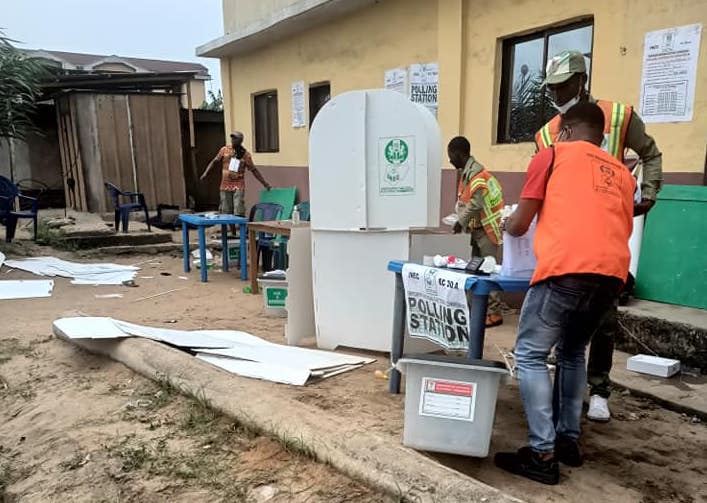 A substance suspected to be a bomb has exploded at the Umuola Hall, Ward 8, Ogbor Hill, Aba North council, in Abia State, at the ongoing by-election into the Aba North/South federal constituency seat.

According to Vanguard, no life was lost, but electoral materials were scattered as workers, voters and party agents scampered to safety.

However, security agents stormed the area and restored order. As of the time of filing this report, voting has restarted.

A voter, who gave his Chinedu Eze said they were in a  queue when a loud sound enveloped the area and everyone fled.

He said, “We were on the queue; some people were being accredited to cast their votes when we heard a loud sound. Everybody took to their heels. It was a bomb and we didn’t know where it came from.”

As at press time, efforts to get the reaction of the State Commissioner of Police, Mrs Janet Agbede, was unsuccessful.