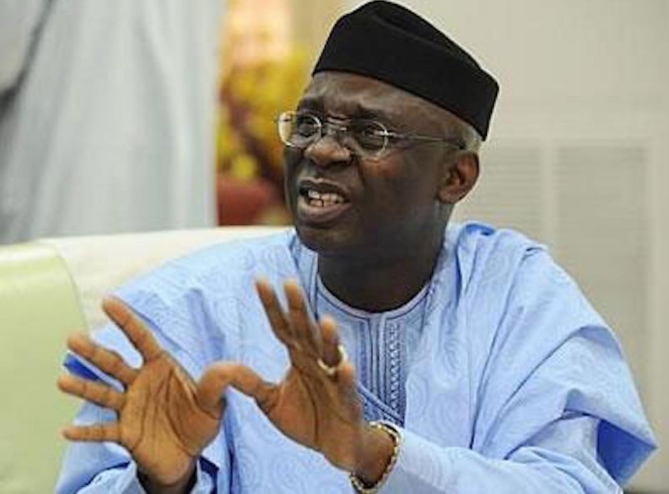 SAHARANEWS – Tunde Bakare, senior pastor of the Latter Rain Assembly, says Vice-President Yemi Osinbajo must not be “disgraced out of office”.

Speaking with journalists in Lagos on Sunday, Bakare said he finds it difficult to believe the vice-president violated his oath of office.

He said he had a telling conversation with a UK-based pastor, who forwarded a message regarding Nigeria’s economic situation to him.

He said the message in question “expressed the disillusion of a Nigerian whose major concern was not the politics of Abuja but the economics of his/her bank account, especially following the proposed implementation of the federal government’s cashless policy”.

In response, he told the pastor: “Every man will care about what bothers him most or bites him hardest. My concern presently is that come rain, come shine, the VP, Prof. Yemi Osinbajo must not be disgraced and humiliated out of office except he has truly and flagrantly violated his oath of office which I find difficult to believe.

“I fear for those who rejoice at the “fall” of others. Those who sow such seed are unmindful of the consequential definite law of harvest. I truly grieve for my brother and pray for God’s goodness, mercy and grace to surround him at this moment.

“May the present overwhelming challenges, trials, afflictions and or guilt by association be resolved in such a manner that God’s name will be praised and glorified in him at the end whether or not he remains as VP till the end of this term.”

‘THE VISION GOD SHOWED ME ABOUT NIGERIA’

He said in the vision, about a week ago while preparing for a trip to the US, he saw a rainbow with the inscription “re-set”.

“Overnight on Wednesday, September 18, 2019, as I prepared to honour an invitation by the Bill and Melinda Gates Foundation to attend the Goalkeepers 2019 Summit which was held in New York last week alongside the commencement of the United Nations General Assembly, God showed me a vision for Nigeria,” he said.

“I saw a rainbow across Nigeria with the word “RE-SET” written boldly across the land.

“It is against this backdrop that I invite Nigerians from all walks of life to join us next Sunday, October 6, 2019, as we conduct a national security and governance audit as a first step towards resetting Nigeria on the path of predictable progress.”