Things getting worst in Nigeria, we need to negotiate our… 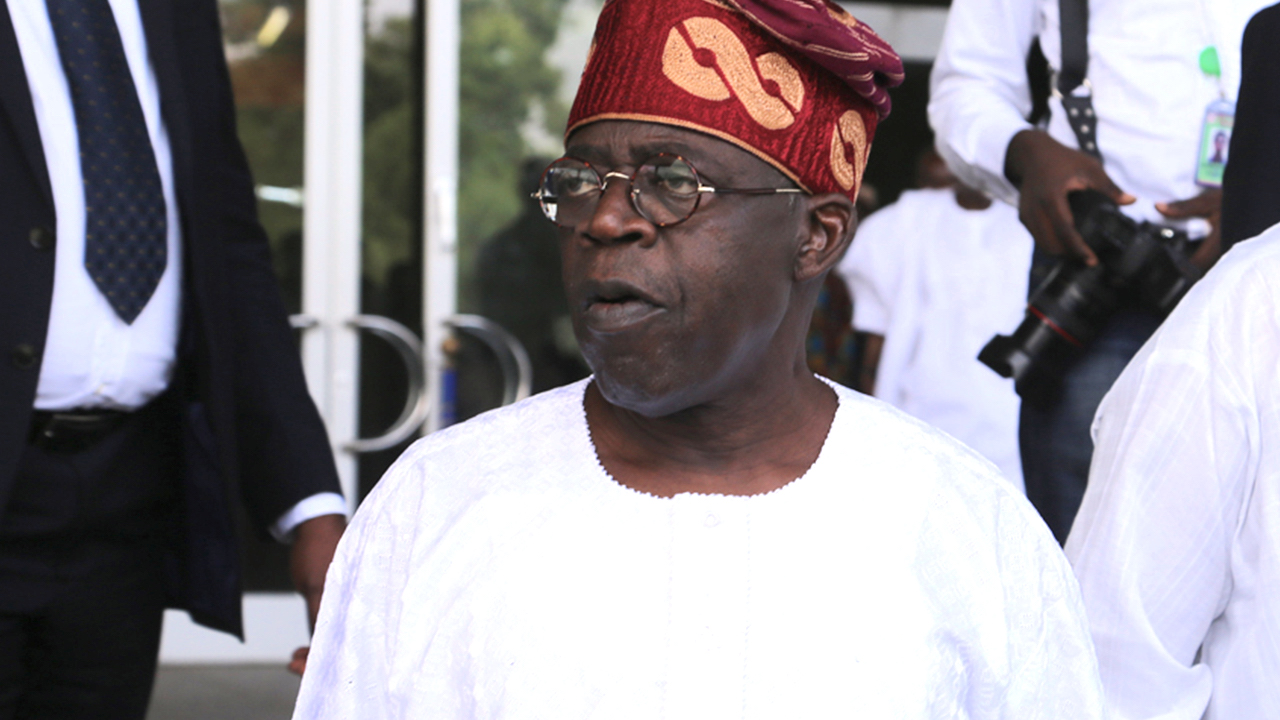 Asiwaju Bola Tinubu, the All Progressives Congress (APC) presidential candidate, has been subjected to legal action by the Atiku-Okowa Presidential Campaign of the People’s Democratic Party (PDP) to disqualify him from running for president due to his criminal conviction and sentence in the United States for drug trafficking.

However, the APC PCC immediately responded to the PDP, claiming that the party lacked originality and was a copycat.

However, the PDP’s move is a response to the APC’s court-ordered disqualification of PDP Alhaji Atiku Abubakar from the presidential race on January 20 over the so-called “Atiku-Gate” and “Special Purpose Vehicle” (SPV) saga.”

The PDP insisted yesterday that Tinubu was ineligible to run for office because a court in the United States of America found him guilty of a criminal offense.

Kola Ologbondiyan, the Campaign’s spokesperson, made this statement yesterday during a media briefing in Abuja.

PDP Ologbondiyan stated that Tinubu’s nomination is null and void due to the decision of a Chicago court that caused him to forfeit $460,000 in funds believed to be the proceeds of crime, specifically the sale and distribution of narcotics.

He stated, ” Nigerians are aware of the All Progressives Congress (APC) presidential candidate Asiwaju Bola Ahmed Tinubu’s criminal case. Tinubu was found guilty and sentenced by a court with jurisdiction in the United States for a criminal case involving drug trafficking, for which he forfeited $460,000 to the state.

“For the avoidance of doubt, the United States court in Asiwaju Tinubu’s sentencing stated, “that the funds in the amount of $460,000 in account 263226700 held by First Heritage Bank in the name of Bola Tinubu represent proceeds of narcotics trafficking or were involved in financial transactions in violation of 18 U.S.C. S1956 and 1957 and therefore these funds are forfeited to the United States pursuant to 21 U.S.C. S88

Also Read: Dele Momodu says that Tinubu won’t win enough states in the North and South West. This is why the NDLEA and EFCC need to arrest and prosecute Tinubu right away. PDP PCC Nigerians are more worried about #AtikuGate and SPV. APC criticizes PDP. “From the declaration of the court and the sentencing, it is clear that Asiwaju Tinubu was summarily convicted by the court

According to the spokesperson for the PDP campaign, it is a well-known fact that drug trafficking is a global crime for which all nations are required by international conventions and statutes to arrest, prosecute, and enforce any court judgment against offenders anywhere in the world, as well as the repercussions of such judgments.

Tinubu was found guilty in the US and cannot stand for a Nigerian election. He added, Nigeria, as a signatory of the International Convention, is obligated to carry out the consequences of that conviction in accordance with Section 137 (1) (d) of the 1999 Constitution (as amended). Having been found guilty and agreeing to be guilty as charged through forfeiture of the $460,000, Nigeria is a signatory of the Convention.

“For the sake of clarity, Section 137 (1) (d) of the 1999 Constitution, as amended, states that: (1) A person shall not be qualified for election to the office of President if….(d) “He is under a sentence of death imposed by any competent court of law or tribunal in Nigeria” or “He is under a sentence of imprisonment or fine for any offence involving dishonesty or fraud (by whatever name called) or for any other offence, imposed on him by any court or tribunal

He explained that the constitutional provision meant that “Tinubu remains a convict and the consequential effect is that he cannot contest the election at any level in Nigeria” because he had been found guilty, received a fine, accepted the sentence with a forfeiture of $460,000, and had not received a state pardon or been cleared by a court of competent jurisdiction.

Equally, the PDP Campaign stated: By virtue of Section 137 (1) (d) of the 1999 Constitution (as amended), the listing of Bola Tinubu, who has been convicted by a court of competent jurisdiction, on the ballot for the 2023 presidential election is fundamentally illegal, invalid, and must be expunged immediately.

He stated, ” Our Campaign has gone to court, requesting that the court:

“Declare Asiwaju Bola Ahmed Tinubu, the APC’s Presidential Candidate, ineligible to contest the Presidential election as a result of his conviction in accordance with section 137 (1) (d) of the 1999 Constitution (as amended).”

“Compel the Independent National Electoral Commission, INEC, to immediately remove Asiwaju Tinubu’s name from all materials and documents related to the 2023 Presidential election,” the petition reads. “Delist Asiwaju Tinubu as Presidential candidate of the APC or any other political party for that matter.”

He claims that the PDP campaign is also requesting an expedited hearing to prevent a catastrophe from occurring.

He stated, ” This case is in the nation’s best interest because our laws prevent anyone convicted of any crime, let alone someone convicted of international drug trafficking, from running for office.

ALSO READ:  Dear Igbos looking for PVC to occupy Aso-Rock in 2023 election is useless,#I stand with MAZI Nnamdi Kanu#Biafra or Nothing

Nigeria “cannot afford the shame of having a convict hold office at any level in violation of our laws,”

In response to the PDP’s countermovements yesterday, the Chief Spokesman of the APC Presidential Campaign Council, PCC, Mr. Festus Keyamo, stated that the main opposition party lacks originality in a conversation with Vanguard: They are now rushing to court, so why did they wait so long since we filed? They did nothing when I challenged them more than two months ago.

“It demonstrates a team that lacks originality, creativity, and vision.” It’s just an attempt to make a lawsuit that opposes ours.

Sadly for them, Nigerians have already seen through them: advocates for SPV who are attempting to influence public opinion. Nigerians have made a decision: They’ve been rejected by Nigerians.

Nigerians are beginning to realize that these people are remorseless because this is so laughable; leopards whose skin cannot be changed; Atiku’s response, in summary, is, “what-about-you-too?” rather than facing the cameras, weeping, and apologizing to the nation for abusing his position as vice president with SPVs. Also responding, Mr. Bayo Onanuga, director of the APC PCC’s Media and Publicity, reiterated his statement from January 18, 2023, in which he criticized the PDP’s “shameless skirting of issues” using the attack as a defense.

He asked Atiku to address the question of whether or not he employed the oath-taking whistleblower, Michael Achimugu; whether Atiku made a scandalous declaration regarding the manner in which he and former President Olusegun Obasanjo established SPVs, such as Marine Float, to steal public funds; and whether the recorded voice belonged to Atiku.