BREAKING: Catholic Priest Found Dead Inside His Car In…

BREAKING:Microsoft lays off 1,000 staff as shares drop to… 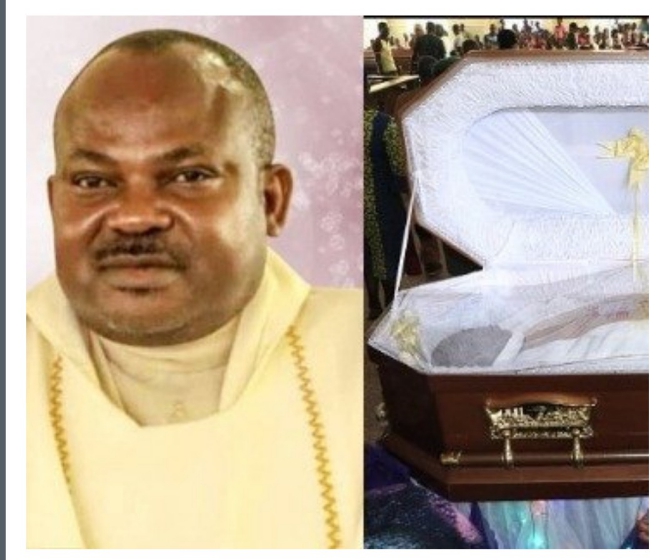 SAHARANEWS – The funeral pictures of Reverend Father Paul Offu, which held in Enugu, on Tuesday as obtained by SaharaNews

Offu is the Rev. Fr. said to have been murdered by suspected herdsmen along Ihe-Agbudu road in Awgu on Thursday, August 1st, 2019.

The state Catholic faithful, as well as Governor Ifeanyi Ugwuanyi, attended the funeral of the 49-year-old clergyman.

Until his death, Father Offu was the parish priest of St. James the Greater Parish, Ugbawka.

BREAKING: “Go Back To Your Radio And Reverse The Attack Order You Gave To Your Members Or….” – South-East Governors Threatens Nnamdi Kanu