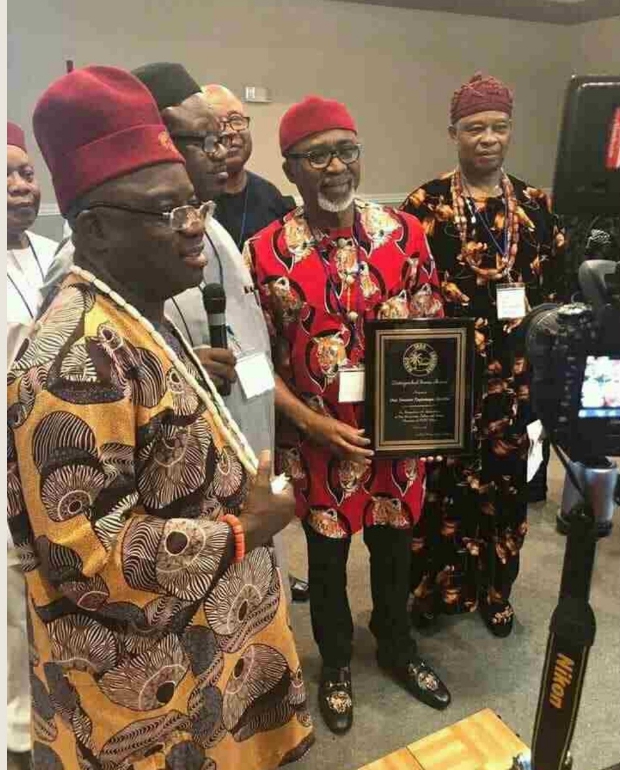 SAHARANEWS – World lgbo Congress (WIC) at the weekend in Houston, Texas conferred on the Minority leader of the Senate, Senator Enyinnaya Abaribe the prestigious Distinguished Service Award 2019, for his courage, consistency and the defence of rule of law and People’s rights in democracy.

The award, which is widely celebrated by majority of IPOB members, is a deserved one regards to the Senator’s role during Mazi Nnamdi Kanu’s detention by federal government.

Abaribe, amidst other South East Political Leaders volunteered to join other four sureties requested to bail the IPOB leader with whooping amount of N100 million each. He has also been vocal in the Red Chamber.

ALSO READ:  All is not well with Nigeria – Ortom