“There Is No Father Christmas In Politics” – PDP…

Pay tithe this festive season, don’t tamper with it…

Plateau: Police speaks on murder of 230 Igbos in Jos 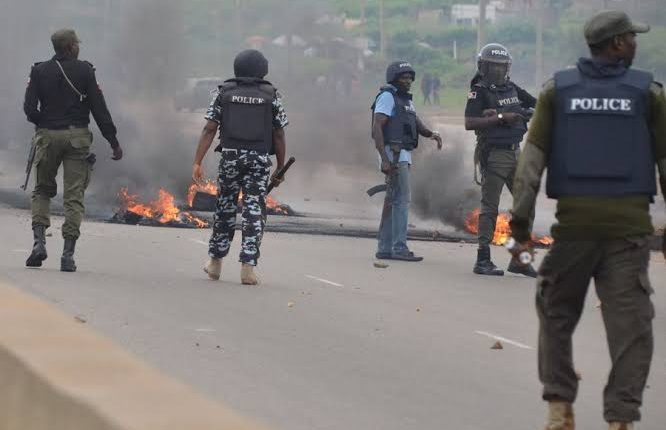 The Police Command in Plateau has described as fake, the speculations that unidentified persons killed 230 Igbos in Jos.

ASP Ubah Ogaba, the Police Public Relations Officer (PPRO) of the command, dismissed the report in a statement on Sunday in Jos.

The social media had been agog with reports that a luxurious bus conveying commuters of Igbo extraction was set ablaze, killing 230 passengers, in Jos.

But Ogaba maintained that the report was malicious and an attempt by mischief makers to stir up conflicts in the state and the country at large.

ALSO READ:  REVEALED: Taraba ‘Kidnap Kingpin’ Paid N1.5m To A Captain For The Rescue Operation That Resulted The Murder Of 3 Policemen — Report

The PPRO called on members of the public to disregard the dangerous rumour or fake news and go about their lawful businesses.

“The command hereby states categorically that there is no record of such incident anywhere in Jos.”