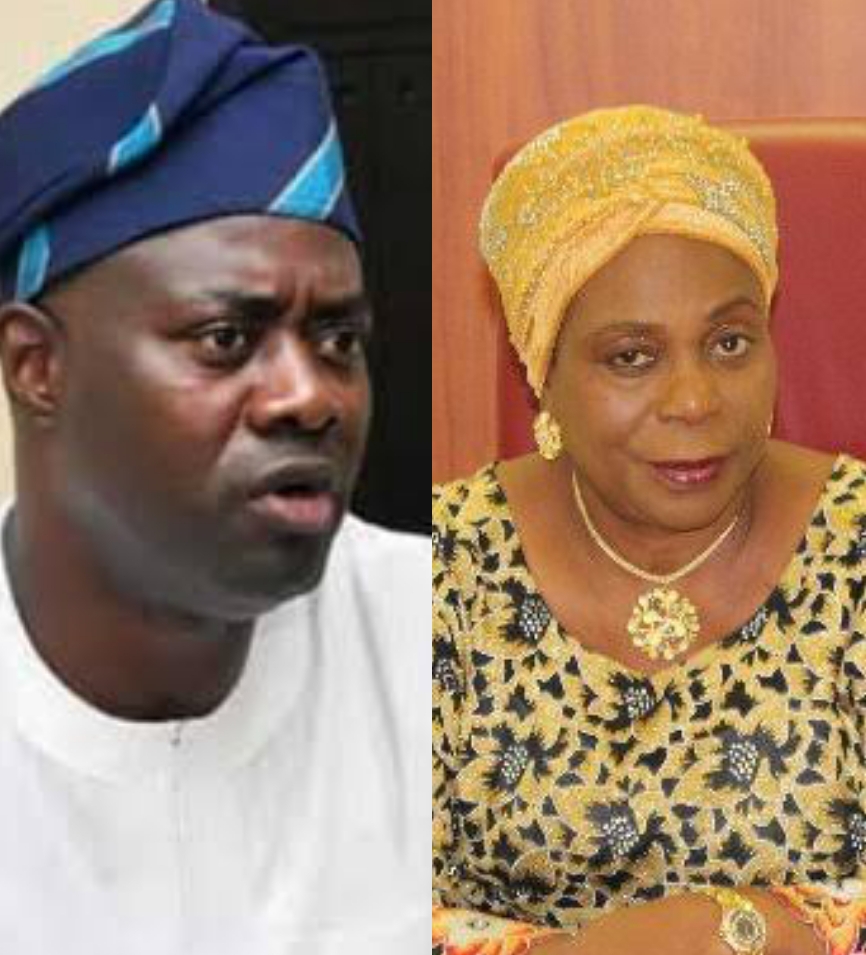 Some members of the Peoples Democratic Party (PDP) loyal to the Chairman of the party in the South-West and former governor of Ekiti State, Eddy Olafeso and Ayodele Fayose respectively, met in Lagos on Tuesday to discuss the way forward for the party.

SaharaReporters learnt that the meeting was centred on how to outsmart the governor of Oyo State and the lawmaker representing Ekiti South Senatorial District, Senator Abiodun Olujimi, who have positioned themselves as the leaders of the party.

A source close to SaharaReporters and privy to what was discussed at the meeting, told our correspondent that none of the attendees was bold enough to talk to the media.

The source noted that there were moves to sanction Makinde, Olujimi, and other party chieftains who do not belong to the Fayose-led faction.

But the Ogun State chairman of the party, Dr. Sikirulai Ogundele, who spoke noted that the leaders of Fayose faction would meet some stakeholders of the party in Ondo State on Wednesday, February 10, 2021.

The source said, “None of the members of Fayose faction who attended the closed-door meeting in Lagos were ready to disclose what was discussed. However, the Ogun State Chairman, Dr. Sikirulai Olawale Ogundele, simply said ‘we the leaders of Fayose faction are meeting Ondo State stakeholders tomorrow Wednesday, 10th February, 2021. I am sure the whole process is to tell the so-called leaders like Makinde and Olujimi that they are paperweight in the PDP’.

“He also condemned the activities of Prince Olagunsoye Oyinlola, who he said is profiting materially from the South-West crisis and advised him to live a life of a statesman.”

The disagreement between Makinde and Fayose over who should be the leader of the PDP in the South-West has led to divisions among party members in the zone.

A faction believes that Makinde, as the only PDP governor in the South-West, is naturally the leader of the party in the region, while the Fayose-led faction is of the opinion that no governor should have power over the party structure in another state.

Speaking on the issue, a member of the House of Representatives representing Obokun/Oriade Federal Constituency of Osun State, Wole Oke, once noted, “By convention and practices of the PDP, Makinde, who is the only PDP governor in the South-West is the leader of the zone and no loyal, committed member of the PDP family should challenge the noble arrangement in the overall interest of the party, except for selfish interests.”

And because of that, the Uche Secondus-led National Working Committee of the PDP appointed Makinde to lead reconciliation efforts in the zone.

However, Makinde’s peace efforts, especially in Ekiti State, were ignored by Fayose and his supporters, who saw the former governor as their leader.

JUST IN:There Would Have Been War If Yoruba Had Done In The North 1% Of What Fulani Herders Have Done In South-West —Afenifere

EXCLUSIVE: How ‘Poverty’ Drove Fani-Kayode Back To His APC Tormentors – Sources