What Nnamdi Kanu told DSS during a confrontation in… 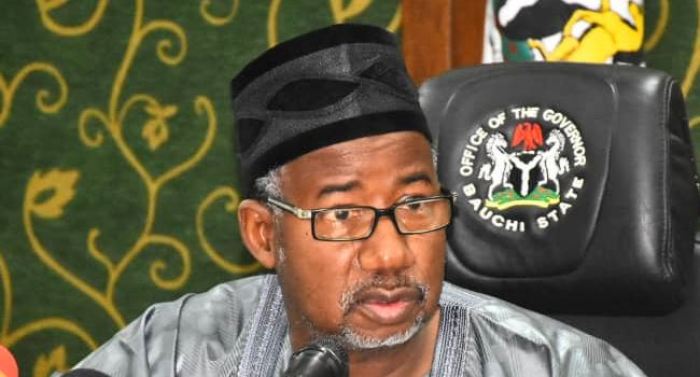 The police in Bauchi State have arrested two youths in the Azare Local Government Area of the state who were alleged to have insulted Governor Bala Mohammed during his tour of some projects in the area.

According to The Nation, there was drama in the area when two of the youths booed the Bauchi State governor during the tour and the police clamped both of them in a van.

Muhammed was on an inspection tour of projects awarded by his administration across the state at the Urban Primary Health Care centre in Azare on Thursday when the incident occurred.

When the governor’s entourage got to a location in Azare, two of the teeming youths, not minding the presence of security personnel shouted “Ba mayi!” in Hausa language, which translates to “we are not supporting you.”

Though Mohammed did not bat an eye, security operatives attached to his convoy arrested the duo.

They were given a hot chase by security agents, who gave them resounding slaps before shoving them into the police van.

A member of the Rapid Response Squad of the Bauchi Police Command, speaking to Nation, faulted the audacity of the youths, saying it was disrespectful.

“Just imagine, how will you tell a governor to his face that you don’t want him and you are not in support of his government, it’s an insult,” he stated.

However, it could not be ascertained whether they were later released or not as of press time.

Yoruba Nation: Gani Adams Says No Going Back On Call For Oduduwa Republic