BREAKING: The Red Chamber Divided Over The Planned… 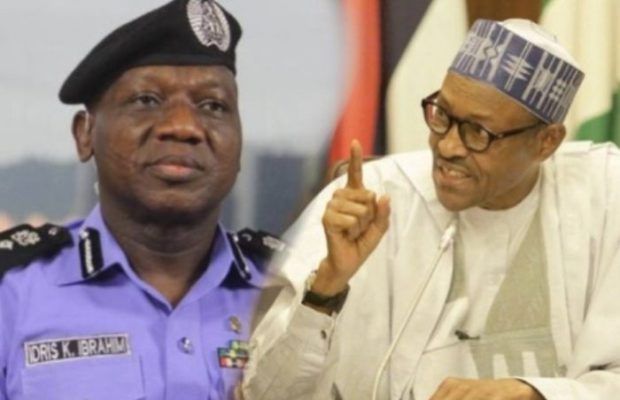 The Coalition of United Political Parties have resolved to begin nationwide protests from January 15 for President Muhammadu Buhari to name a new inspector-general of police.

They claimed that the current IGP, Ibrahim Idris ceased to be a policeman since January 3 after 35 years in service.

This was contained in a statement by its first national spokesman, Imo Ugochinyere in Abuja.

According to the coalition, position of the IGP was currently vacant since Idris was deemed to have retired having served for 35 years and the nation’s Constitution did not make provision for a former police officer to be an IGP, Punch reports.

Going further, the coalition said that by parading himself as IGP after January 3, Idris is committing a crime of impersonation.

IGP (which comes up on January 15, 2019), the IGP is constitutionally barred from being retained or reappointed as IGP as he is no longer a serving police officer.

“His continued stay in office is illegal and an act of impersonation as there is no legal or documentary contrary evidence to back up his stay as IGP.

“We call on President Buhari to be courageous to announce the replacement and not bow to the pressure to cement illegality in the core of the nation’s security architecture due to his desperation to rig himself back to power knowing he has been rejected by the Nigerian people.

“The uncertainty in the leadership of the police in such auspicious moment emboldens persons with sinister motives and demoralises senior officers of the force due to this abrupt and unlawful halt to their career progression.

“It is flowing from this and to save our dear country from further drift from a government that lacks capacity to provide leadership to our country that the secretariat of CUPP hereby directs all coalition members in the 36 states to begin preparation for nationwide protests from January 15 if the retired IGP is seen dressed in police uniform around the Force Headquarters.

“The protests will be in front of the police command headquarters of every state and shall be continuous till the right thing is done.”

Going further, Ugochinyere added that: “During the protests, there shall be a declaration that since Mr. Ibrahim Idris is no longer a police officer, he cannot be addressed as IGP and a call to him to steer clear of the Force Headquarters.

“By January 15, Mr. Ibrahim Idris would have attained both 35 years(January 3, 2019) in service and 60 years of age (January 15, 2019) and he would have been roundly unqualified to occupy the office of the Inspector-General of Police.

“Finally, we call on President Buhari that he should realise now that he would be held personally responsible if there is a breakdown of law and order, loss of lives and property if he continues down this path of noxious plots to rig himself into power. A word is enough for the wise!”