Soludo officially sworn in as Governor of Anambra State

Why We Are Not For Oduduwa Republic — Late Frederick… 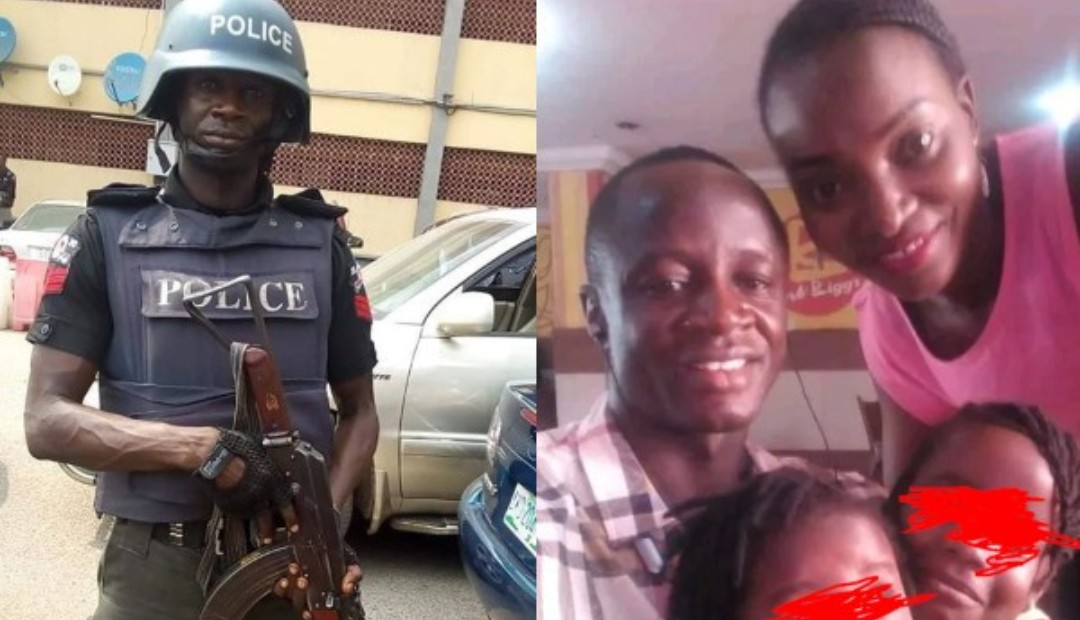 SAHARANEWS – A police officer identified as Sergeant Rowland Tafida has been confirmed dead after allegedly being shot with an anti-aircraft gun (AAG) by a soldier, following an altercation at Makara Area of Gwoza Local Government Area (LGA) in Borno State.

The father of two who was among the MOPOL Special Forces Team deployed to Gwoza last August on counter-insurgency operations, would have completed his sixth month of anti-terrorism operation on February 8, 2020 before the sad incident which occurred on Saturday February 1.

An eyewitness told PRNigeria: “The whole drama started with an altercation between the army corporal and another police personnel over a girlfriend.

“Some people intervened and settled the matter when the aggrieved army corporal asked a driver of an anti-aircraft gun Hilux belonging to his military base, to turn and directly face the Limankara Police Training Camp.

“Immediately after turning the vehicle, they opened fire and shot at the Camp’s facility. It was at that moment, Rowland Tafida, the late police sergeant, was killed by a stray bullet because he was not involved in the earlier altercation. The blast of the anti-aircraft vehicle totally disfigured his left leg thigh as he was returning to the camp after he went to charge his phone somewhere.

“The young MOPOL officer could have survived the terrible assault, but nobody could take him to a medical facility as he lied in his own pool of blood, bleeding profusely and bled to death.”

A lady who also confirmed the incident, said the rising tension which ensued after police officers at Limankara camp stormed the scene to protest against the killing of their colleague, was doused by an Army Major who is the most senior officer in the location.

She said: “It was the army major that came out to beg the aggrieved MOPOL personnel. He was the one who restored order and normalcy, otherwise, a mayhem would have erupted.

“After begging the police officers, the major arrested the “killer” corporal, and thereafter, the Army Theatre Command, contacted the Borno Police Command.”

The soldier behind the sad incident has been arrested and taken to Maimalari Barrack in Maiduguri.

The deceased’s aunt, Zwancit Dazang also took to Facebook to mourn him. She wrote;

My dear son Rowland Tafida was brutally murdered at Makara in Maiduguri on Sunday by an Army personnel. Oh Lord ,we need justice. Enough of this continuous insensitive and senseless killings of innocent citizens. My dear Row I am still in great shock over your senseless murder. Rest in peace my dear son. Love you always,
Momma
as you fondly used to call me.

BREAKING: (VIDEO) Man Dies After Engaging In Hot S3x With A Prostitute