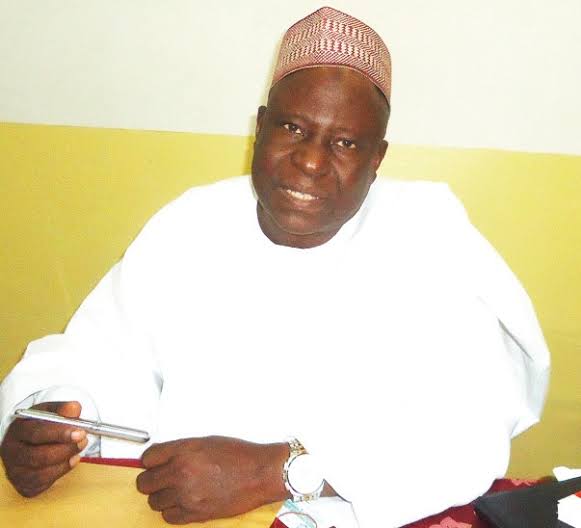 The National President of All Farmers Association of Nigeria, Kabir Ibrahim, has described the Bauchi State Governor, Bala Mohammed, as ignorant of the law for saying killer Fulani herdsmen are carrying weapons to defend themselves.

He also condemned the statement made by a former Bauchi State Governor, Isa Yuguda, that the Nigerian State had not been fair to the Fulani, hence, they were justified to wield guns to defend themselves.

Ibrahim said though he had not seen evidence of the statement credited to Mohammed, the statement is condemnable if it was actually true.

Reacting to the recent statements of both current and former Bauchi governors, Ibrahim maintained that the only people permitted by law to carry guns are the security operatives in the country.

“I don’t want to attribute my statements with them. But I want to put into perspective of a video I watched of Bala Mohammed. In his address to the nation.

“He said the real herders are not criminals. But there are criminals who are creeping in among the herders, and this is where the focus of the government should be. They rustle their animals from them. They also attack and kill them.

“What I am telling you is that I have not heard him say that the herders should carry an AK-47 rifle and even the law in Nigeria does not give anybody the right to carry a weapon in the public. Nobody is entitled to bear arms if he is not a security agent.

“The law is very clear on this now. It is very clear that arms like AK-47s are meant to be carried by law enforcement agents. So, if he is saying that, he is ignorant of the law of the country. But I haven’t heard him say that. If you can show me the evidence that he said it, I will definitely condemn that.”

Speaking on Yuguda’s support for herders carrying arms, the AFAN president said though the farmers and herders have been clashing for a long time, the matter has been politicised and criminalized.

He, therefore, noted that the political leaders should be held responsible.

Yuguda told journalists shortly after he revalidated his membership of the All Progressives Congress (APC) in Bauchi on Monday that Fulani herdsmen in Nigeria had been unfairly treated over the years.

“The Nigerian State has not been fair to these people (Fulani herdsmen); when the white man came; they provided cattle grazing and routes from Maiduguri to Lokoja and Ilorin.

“These infrastructures were provided by the white people, and today where are the grazing reserves and the cattle routes?” he asked

Yuguda wondered why the comment by governor Bala Mohammed generated the recent public outcry, saying, “There has been a clamour by senior citizens in this country that we should carry weapons to defend ourselves, but when our governor, Bala Mohammed, made a remark to that effect everyone is crying wolf – all the Nigerian press is saying ‘Bala is this,’ ‘Bala is that.’”

Reacting to that, Ibrahim said, “No, I will tell you what has been going on for a long time. The farmers and herders’ crises have been in existence for a while but now I can say it has been politicised; that is why the country is in a mess.

“Some of these herders you see are not the real owners of the cattle they rear. They are only managing them so they are not really rich. They manage the cattle of the political elite in the country.

“The question we should ask ourselves now is that ‘where do these so-called criminal herders get their weapons from?’ Who gave them AK-47 rifles to carry around? This problem is about politics and criminality. That is why if these criminals are arrested, they can be released in no time. Who do you think is behind their release? This is the assignment for you to find out.

“Our leaders have not really tackled the root cause of these problems. So, for Yuguda to say that, he also needs to be enlightened. My position on his statement is the same as Bala Mohammed’s statement. There is nowhere in the law that justifies that the herders should bear arms, even if they have been neglected or treated unfairly by the government.”