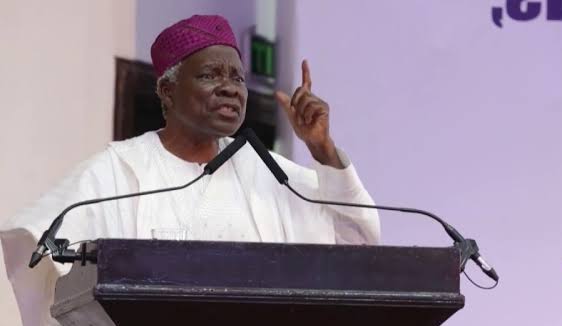 The leader of Ilana Omo Oodua, Prof Banji Akintoye, has said that politicians seeking to contest political offices, despite the anomalies in the 1999 Constitution of Nigeria, are the masses’ enemies.

Akintoye had faulted the constitution while attributing the country’s problems to it.

The don spoke at a World Press Conference on constitutional force majeure on Wednesday monitored by SaharaReporters.

Different ethnic groups have been agitating for self-determination following problems such as insecurity ravaging the country.

The briefing called attention to the anomalies in the 1999 Constitution of Nigeria, noting that it needed to be reviewed to address the complexities of the nation.

Akintoye said, “As politicians of political parties, resolve to wind off the operation of the 1999 Constitution and to extinguish the source of their misery.

“Going to another round of elections in 2023 under that constitution will simply mean that you are part of the enemy mechanism for inflicting death, misery and impoverishment on your people.”