Why I slapped Obiano’s wife to defend myself – Bianca Ojukwu 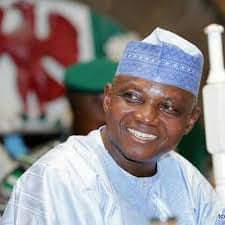 On Wednesday, some residents of the state booed the president as his convoy made its way into Maiduguri. Buhari was on a condolence visit to the state over the killing of 30 citizens at Auno on Sunday.

In an interview with the Hausa service of the BBC, in Abuja, on Thursday, Shehu said only miscreants protested against the president’s visit.

“I was part of the delegation that entered Maiduguri right from the airport to the palace of the Shehu of Borno. The people came out to say thank you and welcome us,” Shehu said.

“But there was a group which came out shouting ‘we don’t want’.

“Some politicians gathered some miscreants and paid them money to boo Buhari.”

The presidential spokesman said the administration has the capacity to fight the insurgents.

During the visit, Babagana Zulum, governor of the state, told the president that the military needed to change its strategy in the fight against Boko Haram.

He said the military needs to take the war to the insurgents in their hideouts.

BREAKING: Senator Diri Of PDP Sworn In As Executive Governor Of Bayelsa State