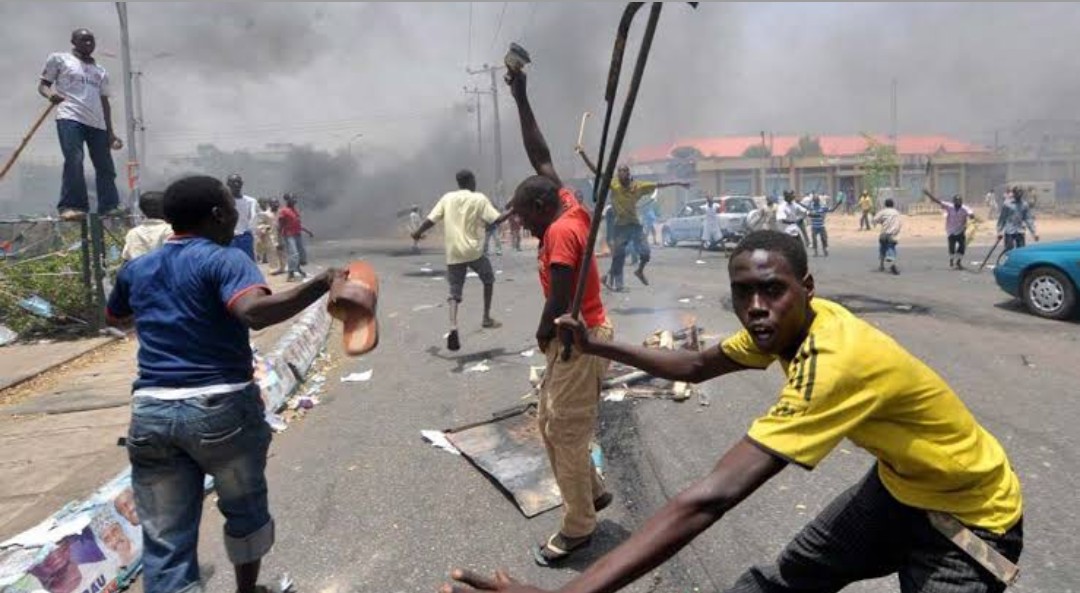 SAHARANEWS – Two persons have been confirmed dead in Lokoja during a bloody clash by party supporters on Monday at Ochadamu, Ofu Local Government area of Kogi State.

The state Police Command’s Spokesman, DSP Willam Aya, who confirmed the development on Tuesday, said that a former councillor in the local government, Mrs Salome Abu and Mr Awalu Zekeri died in the crisis.

According to him, the crisis erupted on Monday due to a misunderstanding between Zekeri of the All Progressives Congress (APC) and Mr Goodwin Simeon, a member of the Peoples Democratic Party (PDP).

“In the process, Simeon stabbed Zekeri with a knife on his lap and he died on his way to the hospital.

”As a result, angry youths in Ochadamu mobilised to the house of Mr Simeon Abuh, who is an uncle to the suspect and set it ablaze, thereby burning 60-year-old Mrs Salome Abuh to death.”

The News Agency of Nigeria (NAN) reports that until her death, Abuh was the woman leader of PDP in Ochadamu.

Aya further stated that three other houses were also burnt during the mayhem.

Reacting, PDP while condemning the killing of its woman leader by jubilant supporters of APC, called on the police to arrest the perpetrators.

Spokesman of Wada/Aro Campaiagn Organisation, Mr Farouk Adejoh-Audu,also called on men of good conscience to prevail on the police to halt attacks on members of the PDP in the state.

Also reacting, the state government, condemned the violent clashes in Ochadamu, saying that anyone caught taking the law into his hands would be punished, regardless of party affiliations.

“We feel disturbed by reports of violence in Ochadamu which has led to the loss of lives and property in the community,” Mr Kingsley Fanwo, Director-General, Media and Publicity to the Governor, said.

Fanwo, who also doubles as the spokesman of Bello/Onoja Campaign Organisation, noted that government would not shield any party member, who broke the laws of the land.

“Gov. Yahaya Bello has directed security agents to quell the rising tension and ensure that perpetrators of the murder and arson are brought to book.

“The governor is elected to protect all Kogi people, regardless of their ethnic or political beliefs,” he added.