Whenever I hear of NO STRUCTURE, my answer to it is simple;… 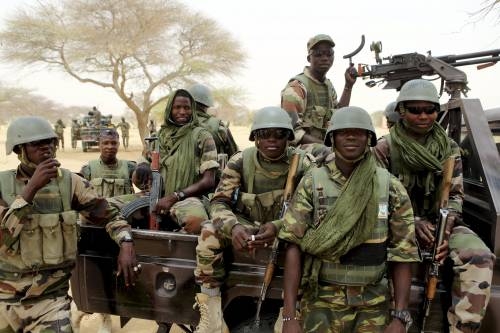 The brigade disclosed that the suspect was arrested during the ‘Exercise Atilogwu Udo 1’ in the state.

It also arrested some suspected cultists following a tip-off by local communication channels.

The army brigade said, “The Exercise Atilogwu Udo 1, which commenced less than a week ago, has begun to record huge success in Abia State under the watch of Commander, 14 Brigade, Ohafia, as soldiers discovered and arrested a suspected human trafficker and rescued a pregnant victim, one Miss Chinonyerem Nkemakolam.

ALSO READ:  Northerners Have Held Power More, Yet We’re The Poorest, Most Unlucky In Nigeria – Yakasai

“The feat, which also includes the arrest of some cultists, was made possible following the provision of local communication channels, an initiative that has convincingly brought tremendous redefinition of the security framework in the state.

“The residents called on Abia people to cooperate with soldiers involved in the Exercise Atilogwu Udo 1 by providing them with adequate information that will assist in fishing out hoodlums operating in the state.”