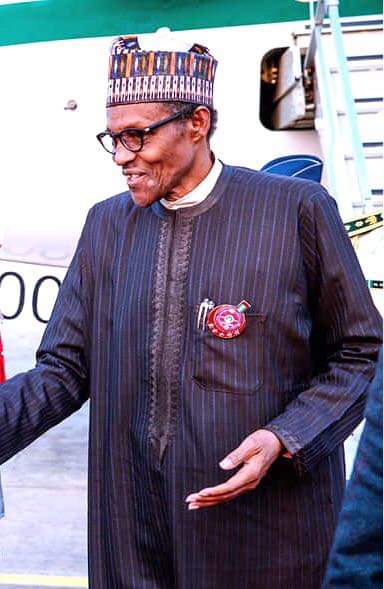 The Presidency has criticised Goodluck Jonathan, former President, for saying the country is more corrupt today than it was when he left office more than three years ago.  In his book, ‘My Transition Hours’, launched on Tuesday, Jonathan had written: “The sundry accusations by the new administration will appear to have baited the media. Media trials are entertaining but have little or no effect in fighting corruption and improving the economy.

“Since I left office, rather than improve on our TI corruption perception record, the situation has worsened with the nation going 12 places backward, becoming number 148 according to the latest CPI ranking for 2014, from 136 in 2014 when I was President.”

However, responding in a statement released on Thursday evening by Garba Shehu, Senior Special Assistant to the President on Media and Publicity, the Presidency described Jonathan’s claims as “absolutely untrue”.

“The facts on the ground today run contrary to his outlandish claim,” Shehu said.  “President Muhammadu Buhari, in pursuit of the war against corruption, has set a number of local and international records, one of which is to call judicial officers in Nigeria to account. He is the first to set such a record. Not only that, this is the first time that top military commanders and Service Chiefs are brought to trial and convictions were achieved on account of corruption.”  Shehu also dismissed as “hollow boast” Jonathan’s claim that he, not Buhari, introduced schemes such the Biometric Verification Number (BVN), Treasury Single Account (TSA) and the Integrated Personnel and Payroll Information System (IPPS).

“Of what use is the announcement of good policies without the will to implement them?” he asked.


THE FULL STATEMENT DR. JONATHAN SHOULD STOP PLAYING THE OSTRICH

The Presidency rejects former president, Dr Goodluck Jonathan’s astonishing claim, to the utter surprise of many, that there is more corruption in the country compared to when he left office. This is absolutely untrue. The facts on the ground today run contrary to his outlandish claim.

President Muhammadu Buhari, in pursuit of the war against corruption, has set a number of local and international records, one of which is to call judicial officers in Nigeria to account. He is the first to set such a record. Not only that, this is the first time that top military commanders and Service Chiefs are brought to trial and convictions were achieved on account of corruption.

In addition to the many firsts recorded by President Buhari’s administration, the government has introduced a lot of changes, considering that the laws relating to the fight against corruption cannot reasonably be static.  In line with its aspiration to be ahead of the growing sophistication of corruption and financial crimes, the administration has initiated new legislations and proposed amendments to different sections of laws, among which are;


Owing to these efforts and support all of relevant stakeholders, NFIU Act has been passed and President Buhari gave his assent on July 18, 2018. The administration is currently working with the legislature for an expedited passage of the Proceeds of Crimes Bill to make the anti-corruption war more effective.  Nigerians should dismiss Dr. Jonathan’s hollow boast that he, not President Buhari, introduced schemes such the Biometric Verification Number, VBN, Treasury Single Account, TSA and the Integrated Personnel and Payroll Information System (IPPS). Of what use is the announcement of good policies without the will to implement them?  Since President Buhari assumed office, Nigerians are witnesses to the huge success recorded through the implementation of the TSA where some government agencies that had over the years remitted peanut amounts or nothing at all are now periodically pumping billions into government coffers.

Prominent among these remittances include the ones made by Joint Admissions and Matriculation Board (JAMB), Nigerian Ports Authority (NPA), Federal Inland Revenue Service (FIRS), Nigeria Customers Service (NCS) and Nigerian Maritime Administration and Safety Agency (NIMASA).

While it is also true that the BVN was introduced in 2014 to ensure that all bank accounts have biometric identification of their owners, the lack of will and capacity under Dr Jonathan stalled implementation. Today, BVN covers nearly all bank accounts. There are still some individuals who have shielded their identity and are now afraid of enrolling on the BVN platform as this will expose them and their corrupt actions. The law is going after them.  President Buhari’s administration introduced the whistle-blower policy as a veritable tool against corruption as it gives individuals an opportunity to expose corruption, fraud, bribery, looted government funds, financial misconducts, government assets and any other form of corruption or theft. Within six months of introducing this policy, over 5,000 reports were made through various channels, 365 actionable tips were received out of the 5000 reports. So far more than N200bn has been recovered.


As the Minister of Justice and Attorney-General of the Federation, Abubakar Malami (SAN), said on Thursday, the former President does not have the facts to claim that there was any serious effort on the part of his administration to fight corruption. As at 29th May 2015, when this administration came into office, the EFCC recovery account had only N19.5 billion as revealed by the Minister of Justice and Attorney-General. After one year of the new anti-corruption drive by the Buhari administration, this figure had gone up to N279 billion, and since then a lot more has been recovered.

Finally, as evidenced from a fleeting look at the book, the former President had nothing to say about his own achievements. If there was a recession, and yes we had a moment in it, was it due to one year of President Buhari’s government?  In his efforts to blame everyone but himself for his failures, Dr Jonathan heaped the blame for the predictable economic recession on President Buhari, ignoring the seeds sown under him through mismanagement and the process set in firm roots for the decline of the economy. Evidently, he did nothing to avert the situation.  As we have explained over and over, the recession in 2016 was caused by years of mismanagement and corruption. In the 16 years of PDP and earlier than that, the country solely relied on oil, the price of which was as high as 140 USD per barrel under their watch. Government simply reticulated oil revenue through personal spending by corrupt leaders, wasteful expenses and salaries; rather than investing in what would grow the economy. There was no investment in infrastructure as President Buhari is now doing in seaports, airports, power plants, railways, roads and housing.


The oil windfall for the country was mismanaged, and Nigeria’s greatest opportunity for growth was turned into a tragedy. More worrisome, there were no savings. And to compound the problem and compromise growth of the economy, the previous government borrowed heavily, owed contractors and international oil companies. When President Buhari came into power in 2015, the country had accumulated debt, which took it back to the level it was before the Paris Club Debt forgiveness. Nigeria did not have fiscal buffers to withstand an oil shock when oil prices fell to as low as 28 USD.  The oil shock should and could have been foreseen. When visionary Nigerians and economists foresaw this and warned of the dangers ahead, Dr Jonathan hounded such men as the Emir of Kano, Muhammadu Sanusi 11 and Professor Chukwuma Soludo. Dr Ngozi Okonjo-Iweala, Coordinating Minister of the Economy and Minister of Finance, under Dr Jonathan’s administration also warned and she was rebuffed.

The former President and his party have nothing to say about achievements. They ruled the country for 16 years and what is their record on jobs, power, rail, seaports, airports and internal security, including the crippling disaster of terrorism?

BRAKING NEWS : Nnamdi Kanu can not prove that President Buhari is dead – Presidency