BREAKING: US Opposes Buhari’s Plans To Give $100m Of Abacha… 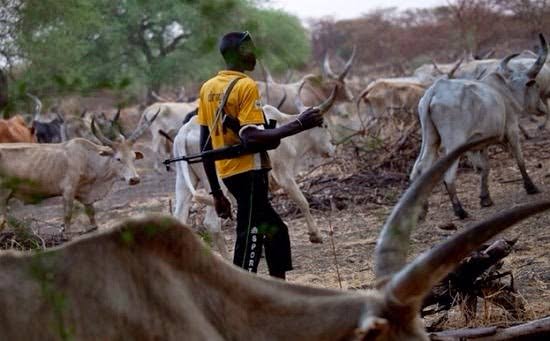 Hundreds of women from five communities in the Ogba-Egbema-Andoni Local Government Area of Rivers State on Wednesday protested against what they termed the repeated invasion and destruction of their farmlands by herdsmen, PUNCH reports.

The women, who blocked the council entrance, demanded that the herdsmen vacate their farmlands, even as they called for the intervention of the state government.

One of the protesters, Mrs Isiodu Nkeiruka, who is the women leader of Obirikom, Usomoni clan, said they had been going through untold hardship, as farmlands were repeatedly destroyed by the activities of the herdsmen.

Nkeiruka claimed that the herdsmen had been disturbing their farms for over seven years, adding that farmers complained to various leaders within the local government and also reached out to council officials, the Department of State Services, the Joint Taskforce and the police area command without any result.

“If the open grazing prohibition bill has been passed into law, they should enforce it, so that herdsmen will stop what they are doing.

“The herdsmen have been going to our farms, destroying our yam tubers, cassava and other crops. They have been chasing us with knives and using guns to terrorise us, even raping our women.

“Enough is enough! Even if you do not eat garri or cassava, your children and mothers eat it. We are pleading with the government to come to our aid,” Nkeiruka stated.

The council Chairman, Vincent Job, said the menace of herdsmen was increasing as he called on the Federal Government to come to their rescue.

“We are pleading with both Federal and state governments to assist us to control the activities of the herdsmen.”