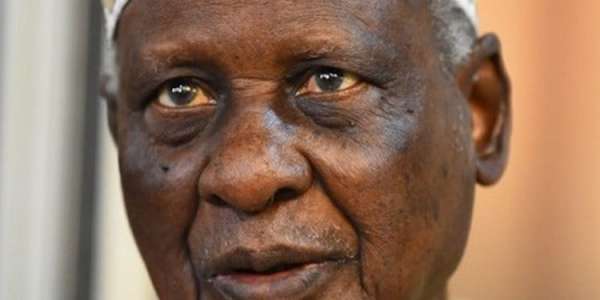 Elder stateman and former Adviser to President late Shehu Shagari on National Assembly Liaison, Alhaji Tanko Yakasai, has suggested that the 36 States should be collapsed into six geopolitical zones of the country to save public funds and ease governance.

Yakasai, the first republic politicans and a founding member of the defunct NEPU, who disclosed this in an interview on the 60th anniversary of Nigeria, argued that collapsing the current 36 states into the six geopolitical zones would curtail unccessesary expenditure and reduced burden on public fund meant for development.

He also observed that the power of control of political parties by Presidents and Governors, wining elections without merit and used of money to buy judgement in the nation’s justice system, have destroyed the country and hindered it from achieving its potential as a great Nation.

He said despite hitches here and there, there was need for Nigerians to jubilate over its 60th birthday because God that made it possible for the people to survived living together for 60 years as an independence nation created through the British colonialist.

“So is a source of expression of gratitude to God almighty who made it possible for the creation of Nigeria through British colonial system.

He said the two things that made a nation, worldwide, is territory and population, adding that if God has given you this two things, He has give you everything.

“Its up to you to work hard and realize the potential contained in your Nation.

So if we work hard we’ll solve our problems.

“People of every nation has problem. The citizens work hard to overcome the problems. In particular,

Nigeria has different endowment. North has large vast of land that can feed the Nation for many years to come, the Soutth has big ports and agile people as an advantage to complement one another”, he noted.

During President Jonathan era, when big countries of the world, about 19 or 20 of them, were meeting, they didn’t invite any other country except Nigeria because of our population.

And that’s the potential that we’re going to be a great nation in the future, that is why they invited us so that we should be involved in all the decisions that was going to be taken for the future.

“But unfortunately, military intervention from 1966, destroyed all the effort that we started. For instance, at the time of Independence, you can go to Lagos or P/H from Kano today, and by tomorrow your there by rail but now u can’t do that.

“We destroyed the whole thing. I use to leave Kano by 12 o’clock and by 5pm next-day in Lagos.

The same thing with people going to P/Harcourt, but now is not possible”, he said.Interms of education , he said throughout the British rule in Nigeria, they only gave Nigeria only University college lbadam which was not a full fledge University.

“Today, in Nigeria we have over 200 university within 60yrs period, is a big achievements.

He however lamented that Nigeria airways, in 1966, had one aircrafts each to different countries, but expressed surprised that the country don’t have airline of Nigeria which has one single aircraft each., because of military incursion into politics that destroyed them.

“Also because of politics of money driven election and so on which is the creation of military rule.

“Now you don’t win election based on merit but on how much you can spend. And if you have to look for big money to win election, if you got elected, you look for ways of recouping your money and making profits.

“Awolowo, Zik were elected on their merit and Tafawa Balewa, the Sardauna, all of them.

They didn’t spend money because people believed in them and their commitment. “But today no body, even when people are talking of Tinubu, what’s working in their mind is that he is the only person who has the necessary funds to afford to contest presidential election and win.

The same thing with Atiku. “Nobody will think of anybody because of his ideas but everybody will be thinking of people with money who can contest election and win.

The same thing with people who are looking for LG councillor, Chairman of LG, state assembly, house of reps, Senate or Governor.

“They all think of your money and how much you can command to win election, not what ideas you have to better the lot of the country.

“Unlike leaders now, the leaders we had in past like Aminu Kano, JS Taka, Awolowo, alot of them that we had in Nigeria, think of ideas that will better the lot of the country.

“What I’m saying is that if we had continue with that tri-jetory, everybody in Nigeria, would have been higher by now.

“But if we compare Nigeria with South Korea, Japan, Indonesia, Malaysia, even Singapore, Nigeria is nowhere near these countries, why, because of those intervention that destroyed politics of ideology and created politics of money power.

“There three things we must do, a time will come, if we don’t do it now, one-day we’ll do is to change the political parties history.

“Our political Party history was destroyed the day Obasanjo, as President, declared himself as leader of his party PDP.

“A position that was not incorporated into the constitution of the party. He created it, and at that time there’s nobody that can become anything in the federal government except through the consent of Obasanjo.

“You cannot be a Chairman, and nobody. Three consecutive times that Obasanjo removed the national working Committee of PDP including the national Chairman and national Secretary and appointed people of his own.

“And he appointed also a designated Governors as party leaders in their respective States. “So 37 of them decided the faith of Nigeria.

And this is what’s happening now. “So a day will come when we shall do away with this, and go back to the original idea of Action Group, NCNC, NEPU, NPC, whereby parties are owned by their members not by premier, prime minister.

Prime Minister was an equal member and sat among the people in the party. And in those days we had better elections.

people tend to respect themselves of elections. In those days, not now anymore.

Election is nothing in Nigeria now. Is vandalised. Is the winner takes all. Is money that decides who get elected.

“Number three, we use to enjoy justice system in our court.

Today a clever person we look for money, go for contract to make alot of money and wait for election to come and decide how much money he has to spend to make him win, which election, if it’s the presidential election or governortorial, Senatorial, reps, state assembly, LG chairman or councillor.

The size of your porket determine which political office that you aspires to vie and you use your money for that office.

“But when you go for elections, as innocent popular candidate make out possible times as you are.

Your elected by the people but they’ll then change the election.

“Election Commission will manipulate the system, and the person who gave them money gets the result.

Even where they managed to conduct free and fair election and you got elected, a clever person with money will go to court and court will take away the mandate given to you and give it to him because of his money.”

This three things destroyed the country. And untill we come back and put them right, by ensuring that political party are control by its members, good, credible and fowl-free election, and Justice without money.

These three things, until we get them right, well continue to destroy our system”,he noted.

According to Yakasai, only lazy people who don’t look deep to see what’s the cause of the problem that are saying that the country will break up.

Initially we have 3 regions, but as people agitated for more States –Midwest was first created during the first republic.

“The more states we’ve, the more of our problems.

So if we separate, and create 36 Nations, the problem in this 36 nation will be ten times, even a hundred times than the problem we are now experiencing now, because the security cannot be able to handled it until you have enough resources.
For those who are looking for state police, to set it up required alot of things.

All need money, training, adequate salary. If you take people as police and not paying them adequate salary they’ll go and conive with armed robbers and take into crimes themselves.

“Now you need to accommodate, not hire barracks for them where they’ll not mingle with civilian to influenced criminals.

Armed police with AK 47 cost alot of money. Now your not able to armed Nigeria police with AK 47, enough, if u divide Nigeria into whatever it is, you’ll have to provide enough money to provide barracks, weapons for the police, not to talk of the army.

“If you split Nigeria army into whatever it’s, let say into 36, the more you split them the weaker they’re. Yes, insurgence will deal with them over night.

“See insurgence in Borno, why we still fight insurgence is because people from Anambra, Oyo, Sokoto, Borno all come together to go to that area in Borno to fight them. If you leave it for Borno people alone they cannot cope.

Unity means Guarantee for security for people to sleep with your eyes closed.

“Your from Benue, if you make Benue state a country now, you cannot even sleep with one eyes closed.

You can’t buy a car because people stronger than you will come and take the car away, in your presence.

There is nothing you can do. You cannot even marry a goooy wife, somebody will take her away, yes.

The more you create states the less the quality of governance.

You can see, the quality of governance is better when we’re 3 zones than now when we have 36 States. So is better with this 36 states now that we can manager.

Bring your own, I bring my own, otherwise we can’t cope.

Because we’ve to synergies; issue of security is something we can tackle through synergy.

“So all our money went to sustain them. We’re now dealing with 30% not enough for us to develop our country – build railways, airport, ports, power for electricity to generate power for industries.

“So, is lazy people who don’t think far away of the consequences of their thought. Don’t mind them. People now are changing from agitating for more States into agitation for collapsing the states into geopolitical zones.

“In other words, they’re admitting that the creation of more states is not the answer. They’re saying we should go back to regional set up.

“The only thing is that instead of the original four, we should go back to six because we’re six groupings.

Actually there are three groupings naturally in the South. Yoruba, Igbo are distinct and also distinct from the those in the South-South.

In the North, we don’t have this distinction naturally. We’ve Idoma which is related to Hausa people, both Tiv, ldoma, Hausa, Fulani all came from middle East by origin. Go through your origination, you find that Tiv are from middle East.

So we’re from the same root. This is the reason why we’ve the same attitude, life and thesame culture, with the man in Borno in Benue, Sokoto.

We’re not distinctly like that of three groups in South.

There not like Yoruba, one tribe. So many tribes. Even Benue with the largest concentration of non Muslims still have Muslims among Idomas and Tivs.

We’ve Emirs in Kano, Sokoto, Tor Tiv. Igbos have Ezes with different from Tor Tiv. Och’idoma amongst others.