JUST IN: Nigeria to access $100m Indian loan to develop… 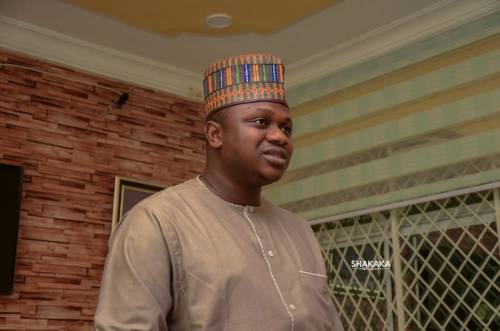 The Northern Youths Council of Nigeria (NYCON) has given a 14-day ultimatum to the Federal Government to reveal the identities of those people sponsoring terrorists financially or face a mass protest.

The Northern group in a press statement on Thursday signed by its National President, Comrade Isah Abubakar said that having monitored the popular Channels Television programme,  ‘Sunrise Daily’ on Wednesday wherein its Guest, Kunle Olawunmi, a retired Navy Commodore and a Professor of Intelligence and Global Security Studies, said that he was a member of Committee that interrogated a senior member of the government on Boko Haram related issue,  and up till now nothing has been done.

Expressing dismay at the insensitivity of Muhammadu Buhari – led government,  Abubakar stated that Olawunmi further stated that in April this year, the government said they arrested 400 bureaus de change (BDCs) operators that were sponsoring Boko Haram.

The group in the statement said that the retired military officer queried why these terrorists will not be tried since they are known.

The Northern group maintained that the weighty allegation if not properly treated through deliberate government efforts, is capable of further polarising the country that is already faced with different secessionist agitations.

The group called on the President to immediately sack Mr Abubakar Malami who first brought the issue of the sponsors of insecurity to the public domain with the promise of unveiling their identities but failed to do so, which according to it led to the embarrassing and weighty allegation of sectionalism against the government.

The Northern youths while serving the government a 14- day pre protest notice, said that failure to unveil the identities of the sponsors of the killers of their brothers and sisters,  they would have no other option than to occupy the 19 Northern States and the Federal Capital Territory until their demands are met.

“We believe strongly that the Attorney General is not doing much in prosecuting Boko Haram and Islamic States of West Africa Province (ISWAP) elements that have been arrested and the over 400 bureaus de change operators that are either in the custody of the security agencies or have probably regained their freedom.

“NYCON  is of the belief that there can’t be peace without justice, hence, the office of  Attorney General and Minister of Justice of the Federation should be occupied by a proactive and more intelligent person other than the Snail paced and docile Malami,” NYCON stated.

The group further stated that poor Northerners are the victims of terrorism and banditry, hence, any attempt to further shield the identities of the bureau de change operators financing the spilling of the blood of their brothers will be meted with mass protest.

Insecurity: Nigerians don’t deserve to go through this experience — Reps