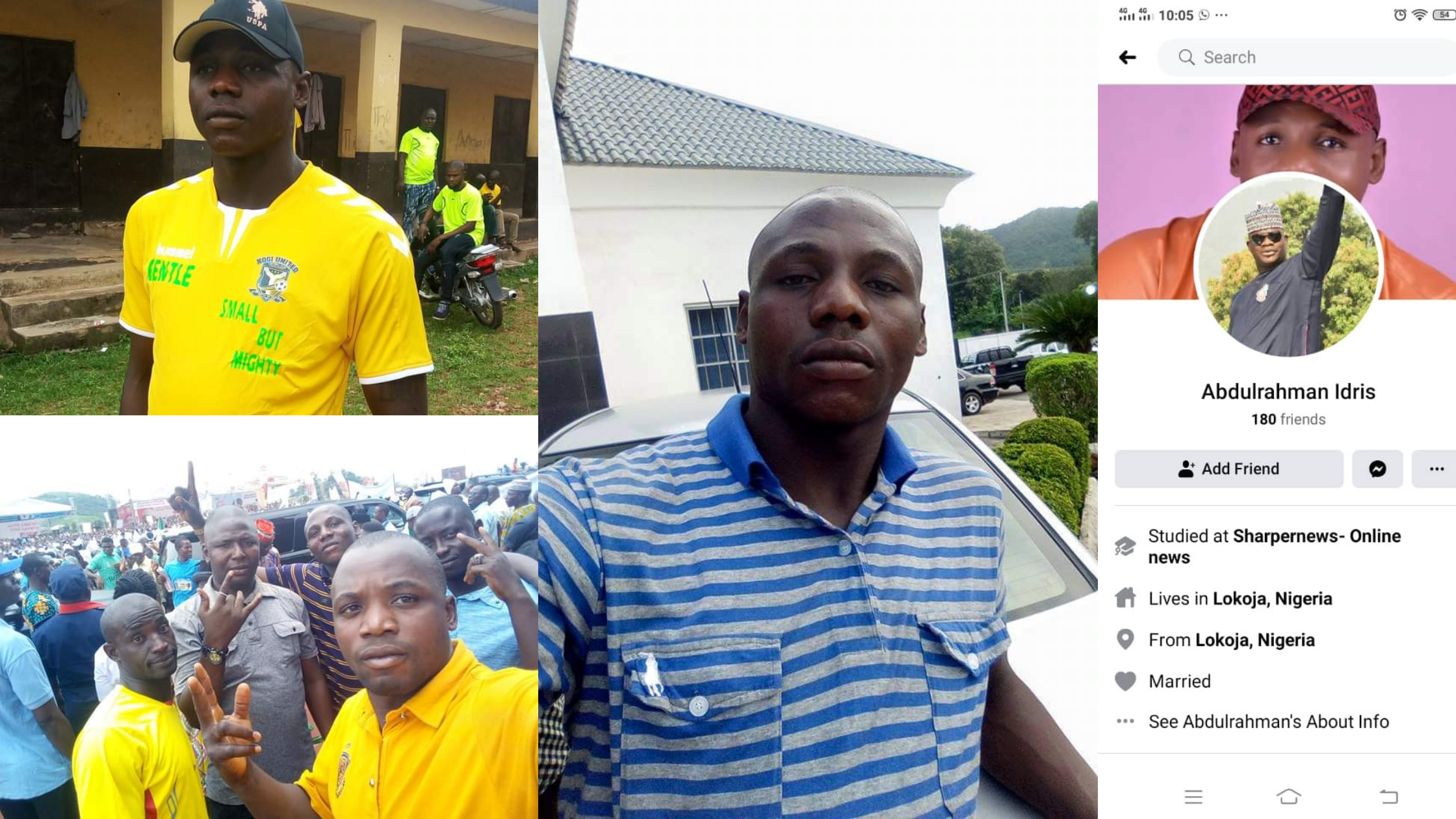 The intimidation, flogging and assault of two anti-Buhari protesters mobbed in the Lokoja area of Kogi State was ordered by one Idris Abdulrahman, SaharaReporters has learnt.

Abdulrahman, popularly known as Gentle, is the Senior Special Assistant to Governor Yahaya Bello on Youth and Women Mobilisation for Lokoja/Kogi (Kotonkarfe).

It was learnt that Bello’s appointee ordered that the torture of the two anti-President Muhammadu Buhari – Larry Emmanuel and Victor Udoka- both of whom were handed over to a mob to be flogged, tortured and humiliated.

“The man who ordered that the two protesters should be tortured is known as Hon Idris Abdulrahman, aka Gentle, but there is nothing gentle about him. He is one of Governor Yahaya Bello’s lackeys; if the governor says jump, he will ask ‘how high,'” a source close to the government told SaharaReporters.

The violent youths had descended on the two middle-aged protesters who were pasting Buhari-Must-Go posters in Lokoja, the Kogi State capital.

SaharaReporters had reported that the irate mob flogged the two youths on April 4, filmed them and brutalised them before they were later handed over to the police.

WATCH: How Kogi Government-sponsored Hoodlums Tortured #BuhariMustGo Protesters and Then Had The Commissioner of Information, @KingsleyFanwo Upload The Gut Wrenching Videos On Twitter and Facebook @OfficialGYBKogi pic.twitter.com/utx2MWvL7a

It was gathered that the police thereafter quizzed the two protesters and detained them when they insisted on seeing their lawyer before making a statement.

In videos that have gone viral, the protesters were seen being molested and questioned by the mob before they were flogged as the youths forced them to clean their painting of “Buhari Must Go.”

“Last night, these patriots were arrested by policemen attached to Governor Yahaya Bello in Lokoja, Kogi State. They were taken to the state police command and detained. However, this morning, the Commissioner of Police handed over to Bello’s thugs for torture and humiliation.

“I spoke to the Commissioner this morning and he told me he was with them, only to hand them over to thugs to be tortured and humiliated all over Lokoja,” a source had told SaharaReporters.

Speaking with SaharaReporters, the Commissioner of Police, Ayuba Edeh, claimed the protesters were still with the police.

The police commissioner said, “It was vigilantes in town who arrested them and brought them to the command. They were in my office and I asked them what the matter was. They said they came from other states to protest in Lokoja. I asked them to write it down in a statement but they said they would not talk until their lawyer comes.

“So, I asked the policemen to let their lawyer come. We did not release them to the hoodlums. They are still with the police.”

However, the state government in a statement made available to newsmen in Lokoja supported the assault and commended the mob for harassing the peaceful protesters.

“The Kogi State Government wishes to commend the gallant and ever vigilant youths of the state for rising to the occasion to crush the ungodly campaign by some imported and sponsored youths who came to the State to campaign against President Muhammadu Buhari.

“The sponsored youths congregated at Benue State from where they moved to Kogi State and began to paint walls as well as display anti-Buhari posters that were printed in a South-South state,” the state Commissioner for Information and Communication, Kingsley Fanwo said.

Meanwhile, the state police command continued in its deliberate harassment and intimidation of the Buhari-Must-Go protesters by charging them for treasonable felony and public disturbance.

SaharaReporters learnt last week that the duo were not taken to court but tried in a Magistrate’s office and remanded in the Kabba prison.

The magistrate, it was further gathered, gave no adjourned date for the matter.

SaharaReporters had reported that the police secretly arraigned the protesters and ensured that they were remanded at the Kabba Prison – without the knowledge of their lawyers or family members.

SaharaReporters had learnt that the charges on which they were arraigned were not made public.

“Larry was charged for inciting public disturbance. Victor was charged for treasonable felony. According to them, the judgment to remand them in prison wasn’t given in a court room. It was in the magistrate’s office at the Lugard’s magistrate court.

“The magistrate said their lawyer should apply for bail. They said it’s the judge in court 7 that gave the judgment. The accused weren’t allowed access to their phones to make calls. The magistrate threw them in prison and gave no adjourned date,” a source had explained.

The police authorities backed by the Kogi State government have continued in their desperate attempts to frustrate the two protesters.