Terrorists who tried to oust my government are in Nigeria —… 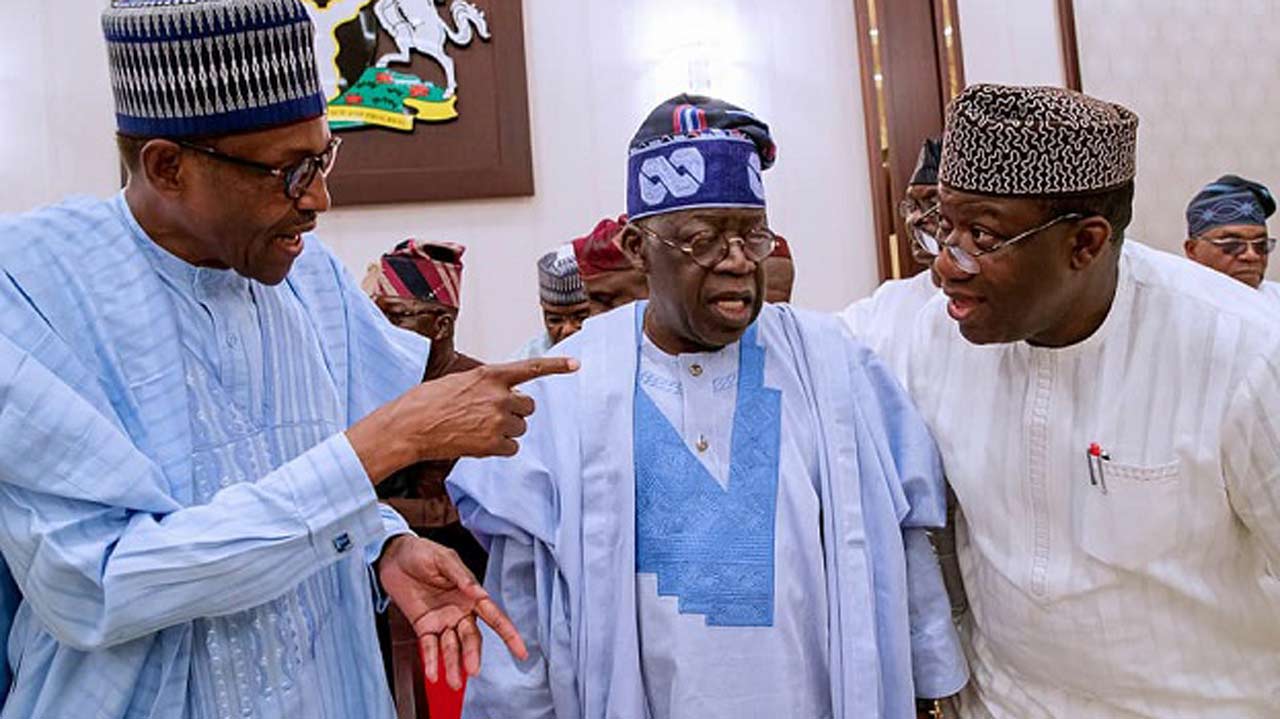 The Presidency cabal has rejected Ekiti State Governor, Dr Kayode Fayemi’s 2023 presidential ambition and they are scheming to ensure that Fayemi is silenced or at least distracted from the race.

Fayemi, who is also the Nigerian Governors’ Forum’s chairman and whose tenure ends in 2022, has been nursing a presidential ambition, as talks of a southern presidency gather weight ahead of 2023.

SaharaReporters learnt, however, that President Muhammadu Buhari’s loyalists in Aso Villa have rejected Fayemi and they plan to silence him as they believe they have done to former Lagos State Governor and All Progressives Congress National Leader, Asiwaju Bola Tinubu.

“They (the cabal) have set up Babafemi Ojudu to ensure that Fayemi is wrestled to the ground over his ambition. They stated that apart from Malami, another candidate who can be considered is Mai Mala Buni (Yobe State Governor) but Fayemi was rejected,” a top source revealed.

Ojudu is the Special Adviser to President Muhammadu Buhari on Political Matters, also from Ekiti State and at 59, he is three years older than Fayemi.

“The plan is to first weaken Fayemi at home which is Ekiti and that will play out in the 2022 state governorship election as his candidate may not win the election or even emerge,” the source continued.

Already, Ojudu is leading an APC factional crisis against Fayemi in Ekiti State, which sources revealed, is part of the grand plot to weaken Fayemi, another South-West potential candidate for 2023.

Since last year, Ekiti APC has been in a crisis with the suspension of Fayemi from the party in September 2020 by a faction loyal to Ojudu and former Minister, Dayo Adeyeye, over anti-party activities.

In February 2021 also, Ojudu stated in a veiled reference to Fayemi that the APC would resist any form of imposition of a candidate on party’s members ahead of the 2022 governorship election in the state.

Ojudu, who is also eyeing the Ekiti governorship seat, noted that although it was too early for him to declare interest in the coveted seat, no one would be allowed to foist a surrogate governor on the people of the state.

“I can assure you that there will be no imposition. Anybody who is a member of our party would be free to contest the primary. We will allow democratic process to take place.

“But we don’t want somebody who is a stranger or a houseboy in our party to be imposed as governor,” he had said.

Ojudu had also boasted that Fayemi could not expel him from the party, despite their political differences.

“Let me tell you this, I don’t have any crisis with the governor, but I have differences with him. In political situations, differences are allowed, groups are allowed. I may not belong to Fayemi’s group, but I am a member of the party, he is also a member. I cannot chase him away from the party, neither can he chase me away from the party. Every member of our party is qualified to do the revalidation,” he had stated.